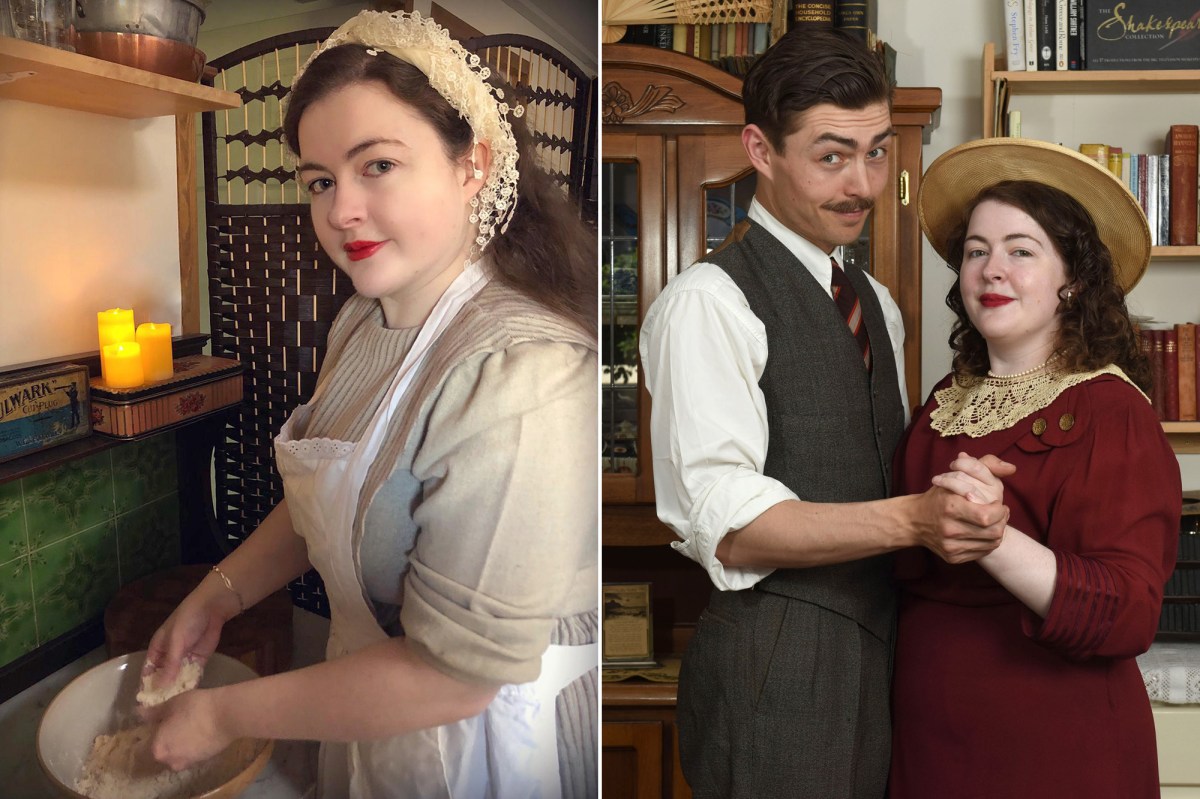 One young couple has taken vintage shopping to an extreme.

British couple Ruth Shelley, 28, and her partner, Robert Oestmann, 27, have sworn off modern-day amenities. Well, most of them, anyway.

The young couple has reverted back to 1930s pastimes, technology and fashion. Shelley and Oestmann own a vintage car and wear vintage clothing and decorated their home to match their 1930s aesthetic. They also do not watch TV and instead listen to wartime music on a gramophone.

Their favorite recipe: A depression-era meatloaf made with tomato soup.

The couple has credited their lifestyle to benefitting their relationship, allowing the two to be “present in the moment as opposed to glued to Netflix or on our phones” they told Caters News Agency.

Shelley, a research historian, explained that, as a unit, they are captivated by history and try to implement as many 1930s lifestyle choices as possible into their lives.

She did, however, acknowledge that it does turn some heads.

“This style isn’t something you could wear if you are shy, as we do get stared at a lot. We don’t mind at all and it’s often positive feedback.” Shelley said. “The elderly love it as it’s like a flashback for them. Sometimes people stop us and ask for photos, which is totally fine.

“Robert and I dress like this all of the time, as we are in love with the style,” she continued. “Robert mainly wears a suit and flat cap, whereas I may wear clothing from the 1930s to 1940s.”

Oestmann, a whiskey salesman, explained where his preferences stem from.

“As a kid, my grandparents used to watch a lot of old films,” he said. “They were inspirational — as I grew older I began reading a lot of books and my style stems from stuff like that.”

He added that he had certain qualms with modern-day fashion. “I also didn’t like the sound modern synthetic clothes make when I was walking. Our wardrobe is unique and different to today’s extremely casual.

“There is nothing wrong with casual, but it’s not for me,” he said.

As the designated chef, Oestmann tends to cook the couple’s meals — and prefers “Depression Era Meat Loaf,” a 1938 staple.

“I love playing around with new recipes to me but they are actually very old. I am originally from British Columbia, Canada, so this recipe gives an insight into the lives of a rural Ontario, Canada, community. It is a simple, basic meatloaf recipe that uses tomato soup,” said Oestmann. Shelley clarified that she actually likes to bake more than cook. “I prefer baking so make my own bread or welsh cakes on a griddle.”

Along with their culinary hobbies, the couple tends to use their leisure time “[to] listen to music and dance, go on walks or cycle on original vintage bicycles. Sometimes we ballroom dance to 1940s music.”

Their listening habits come strictly from the gramophone.

Shelley added that, although their home and lifestyle are rooted in the 1930s, they do embrace one modern convenience: cell phones.

“We both have smartphones, as they are useful when you’re alone to contact people,” she said. “But Robert would ditch his phone within a heartbeat.”