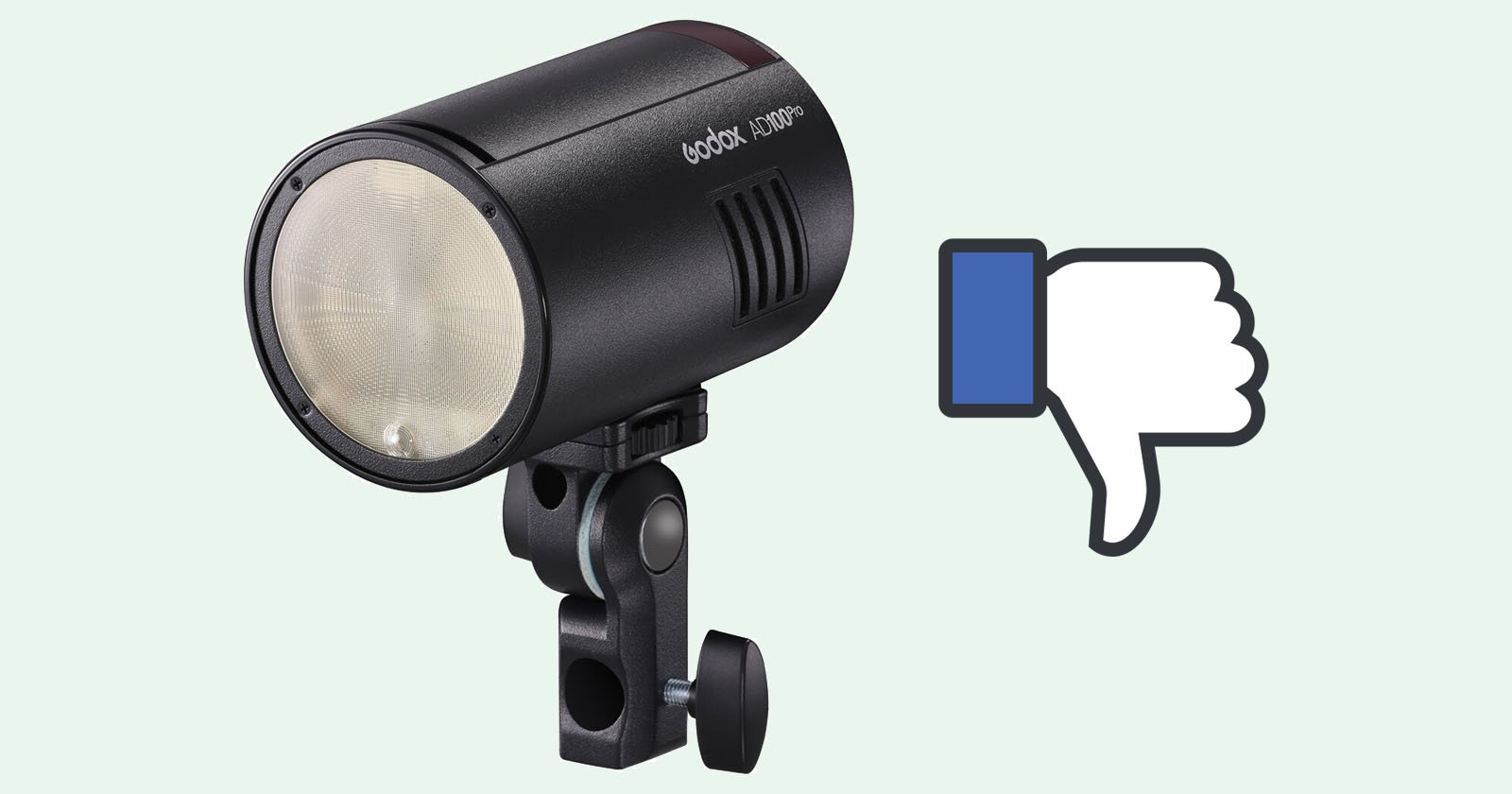 People always have a love/hate relationship with Godox. For many, they are a cheap entry point to off-camera flash, offering massive bang for the buck. Others see them as cheap imitations of more expensive brands.

I fall into the first camp. As a professional photographer, I often shoot on location. I find the Godox AD-series flashes ideal due to their small size and weight.

I’ve loved all of Godox’s products that I’ve used so far. That was, until I bought the Godox AD100 Pro (AKA the Flashpoint XPLOR 100 Pro).

There is one massive oversight on the part of Godox, which makes the flash pretty unusable for me.

Green in the Face

For any flash to be usable for professional photography, the color output has to be fairly consistent. Colors need to look right in images, so you have a reliable starting place before any post-production.

Most flashes are daylight balanced, with a color temperature of 5600k. In reality, only high-end flashes will reliably hit that, and cheaper flashes can be +/- 150k.

From a $300 flash, you would expect there to be some changes in the color temperature, and that would normally be acceptable.

However, the big issue with the ad100 is the color cast. It is green. Very green. 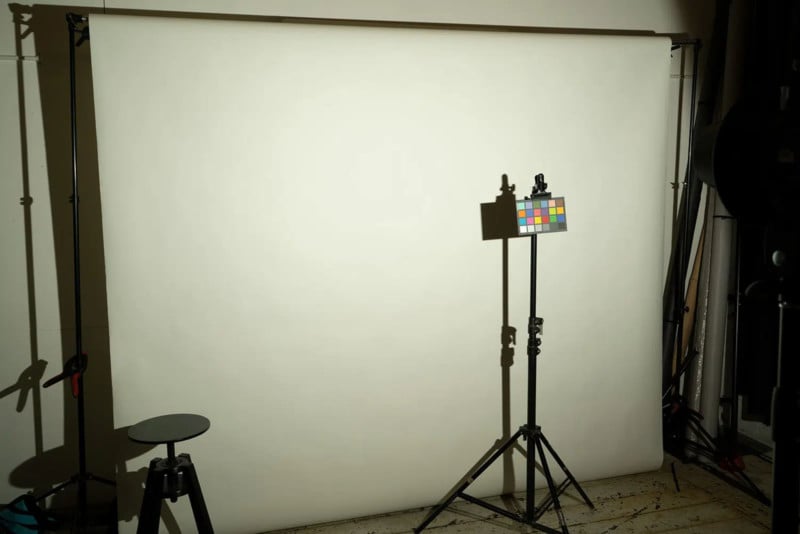 When I first noticed this I thought it must be a bad unit. Surely no flash aimed at professional photographers would have such a strong green cast?

I decided to run some tests in my studio and compare it to my other Godox flashes.

While this was by no means laboratory conditions, I did everything I could to control all of the variables.

Two flashes were placed side by side, about 1m away from a white backdrop. I then used a flag to separate the two lights. No light was spilling from one side to the other. 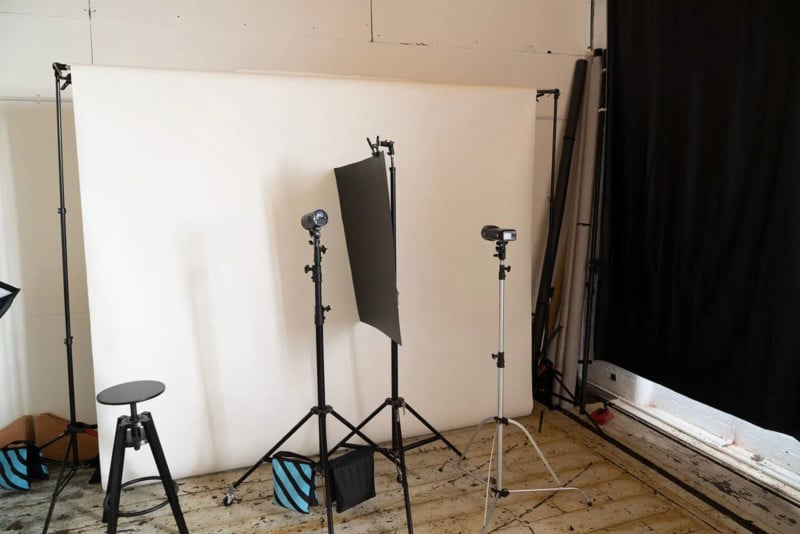 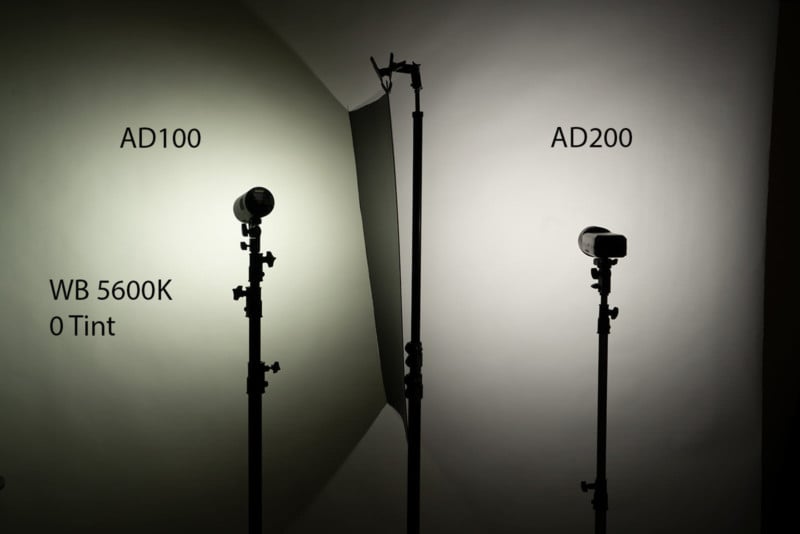 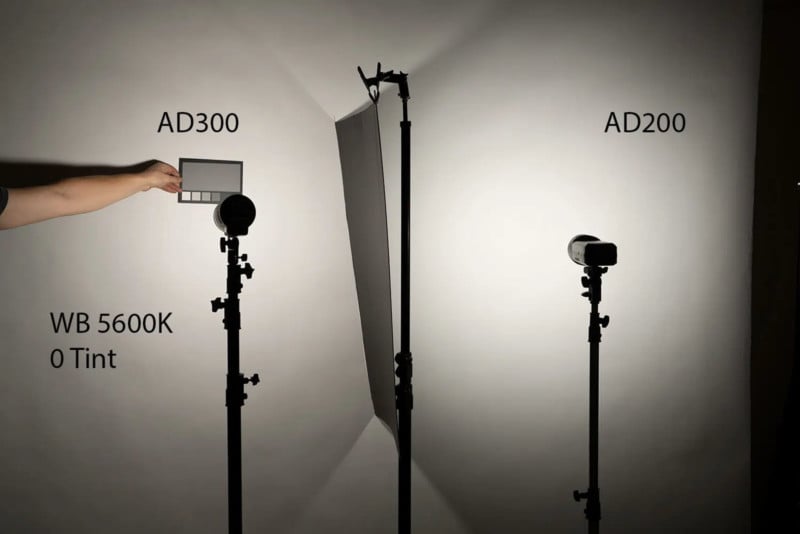 Here, the colors are virtually identical. I also tested an ad600, which matched up with the ad300 and ad200.

Remember that I bought a second AD100? The colors were exactly the same as the first, showing it wasn’t a defective unit.

Thinking I might just be having a bad run of luck, I posted on a Godox group on Facebook.

A few others posted up their sample images:

If you’re thinking it can be fixed in post… well, sometimes. If the AD100 was the only light source for an image, the green tint could easily be balanced out.

However, I find that the AD100 isn’t really powerful enough to use on its own. This means I use it in combination with other Godox flashes, which creates an issue. Any light coming out of the AD100 will be tinted slightly green.

To correct this you need to add pink to the photo. Any parts of the photo with correct color to begin with will now become too pink.

There’s no way that you can win. One part of the photo will always have a strong color cast. 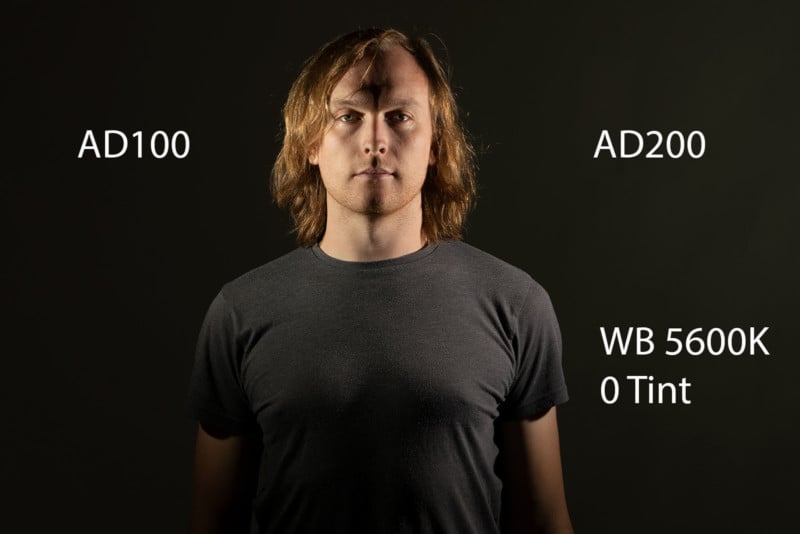 The above photo illustrates the point. On the skin, you can clearly see a difference in tint, from one side of the face to the other.

The easy solution would be for Godox to fix this during manufacture. They could tint the Fresnel lens to be more pink, which would correct the green color cast.

Or the alternative is to place your own color correction gel on the front of the unit.

In my own testing, I found that a ½ minus green filter will nearly fix the color cast. 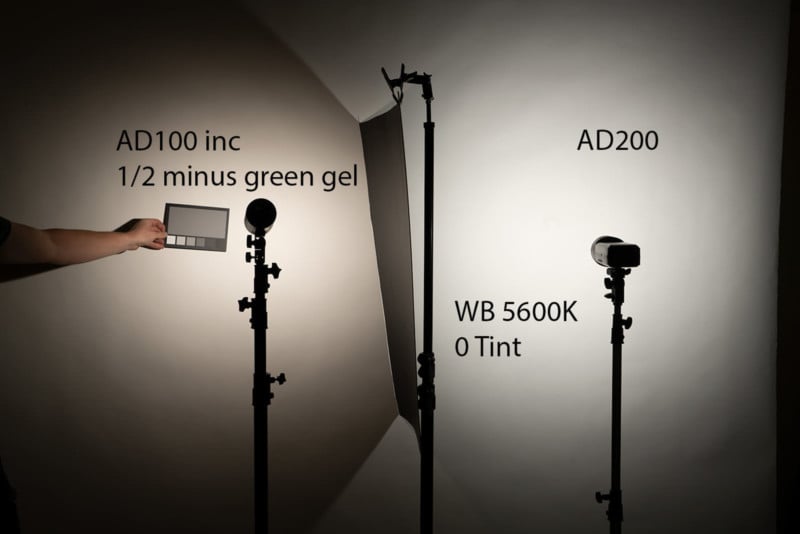 It’s not perfect, but it’s close enough to make it useable.

Godox advertises itself as a brand for professional photographers, which means you’d expect professional-level quality…

At the price point, I’m not expecting them to be perfect. But why release a new flash in the AD series that is incompatible with other flashes in the same series?

Their own marketing materials often showcase the AD100 being used along the AD200 and AD300. It would be a pretty reasonable assumption to make, that they should play nicely together. Unfortunately, they don’t.

For any sort of shoot where reasonably accurate colors are important, the AD100 will fall flat. Inaccurate colors are not only annoying to look at but a nightmare to fix. This is especially true in portrait photography, where any tint from the flashes will make the skin color look wrong.

Sure, it can be ‘fixed’ with a minus green gel, but why should an end user have to fix a problem that was caused during manufacturing?

P.S. If anyone knows why the flash is tinted green, please let me know!

About the author: Paul Richardson is a professional headshot and personal branding photographer based in Stockport, England. The opinions expressed in this article are solely those of the author. You can find more of Richardson’s work on his website, Facebook, and Instagram. This article was also published here. 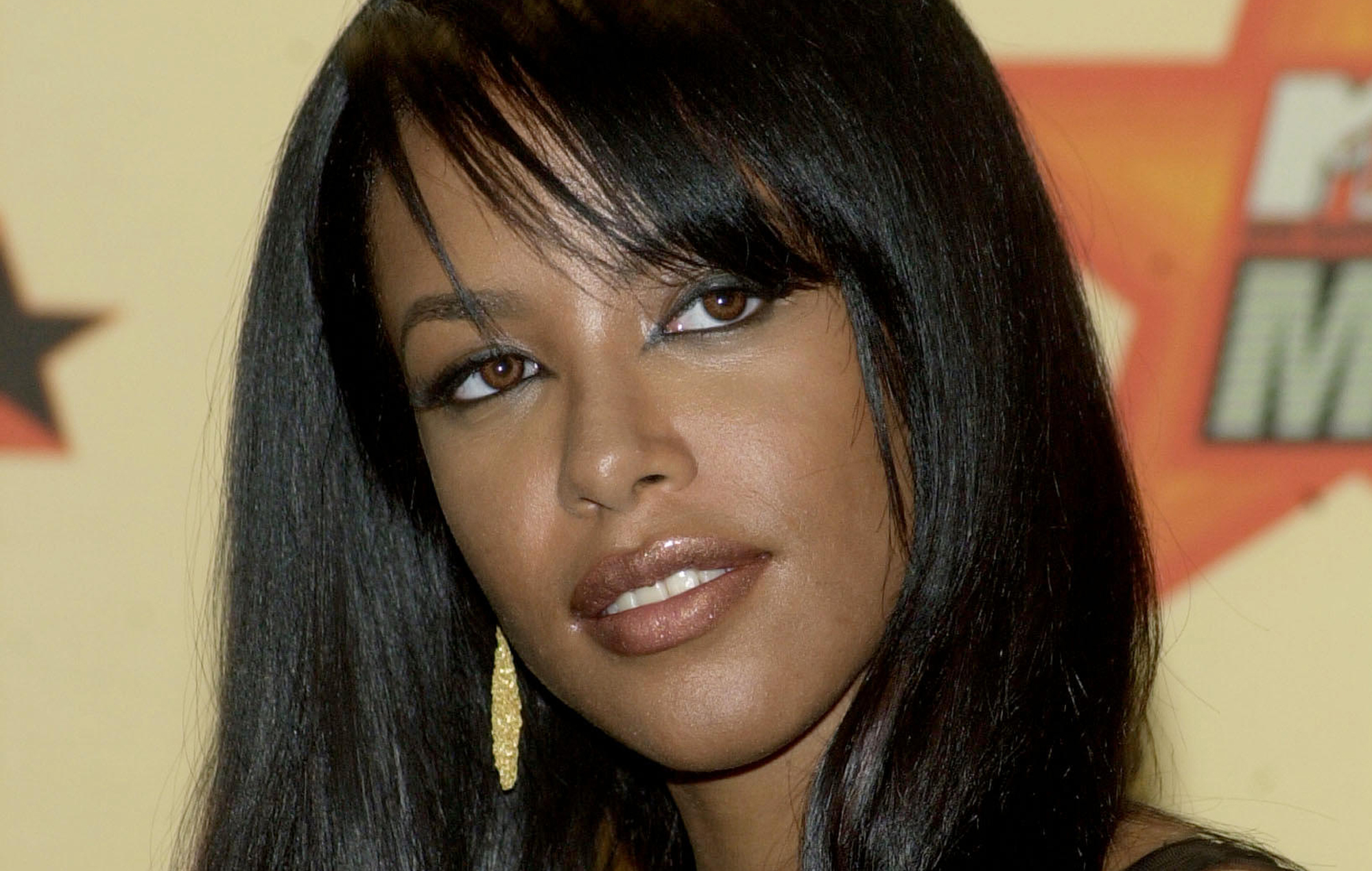 Previous post Aaliyah’s estate blasts “unauthorized projects” as her uncle’s label teases release of her music
Next post Move it or lose it: Following a healthful lifestyle | Opinion