Back in 1977, working in my first journalism job, I picked up a couple of LPs that caught my eye on the “slush pile” of publicists’ mailings, took them home, and heard with amazement the intoxicating music of the English singer-songwriter Nick Drake, who died in 1974. Obsessed, I traveled to England and wrote the first full-length magazine article on him in this country, thrilled that I could spread the good news.

I had the same jolt of discovery more recently when I stumbled on the photographs of Sergio Larrain. Unfortunately, like Drake he was already gone by the time I found him. The occasion was the publication in 2013, a year after Larrain’s death, of a comprehensive commemorative book of his photographs by the Aperture Foundation. Aperture followed up that deeply impressive volume with a book of pictures taken by Larrain in the Chilean port city of Valparaíso and, this year, with one devoted to his London work.

Like Drake, in large part because of a disinclination to promote himself and, more fundamentally, a distanced stance that suffuses the art, the Chilean photographer was recognized by his peers but had yet to achieve the wide acclaim he merits. Indeed, Larrain abandoned his photography career in the late 1970s, believing it hindered his spiritual quest. But before that renunciation, he produced many mesmerizing images, including his most celebrated, of two girls descending the Pasaje Bavestrello, an outdoor staircase in Valparaíso. Larrain deemed the picture, from 1952, to be “the first magic photo that ever appeared” from his camera.

In a trancelike equipoise, he pressed the shutter to record a picture that feels like a dream. He explained, “I was in a state of absolute calm, doing what really interested me, which is why the result was going to be perfect. And then, the other girl appeared out of nowhere. It was more than perfect, it was a magical moment.” As Freud argued in his essay, “The Uncanny,” the appearance of a double in a realistic milieu evokes a supernatural sensation arousing dread. Crucial to the hallucinatory quality of Larrain’s photograph is the illumination. The trapezoid of light into which the girl in front enters has a material substance, especially in relationship to the dark shadow on the left.

It is such a painterly photograph. The shape of that shadow reminds me of the enigmatic green triangle seen through the window of Matisse’s 1916 painting, “The Piano Lesson.”

And, oddly enough, the lit floor that the second girl is about to step onto, like the pink piano top in the Matisse, provides a low horizontal plane that is perpendicular to the dominant verticals. That girl, entering from the darkness, is holding a glass bottle. With its dark band of liquid at the bottom, it mirrors in reverse the Rothko-like wall on the right. It’s a magical detail.

Larrain’s eye was repeatedly attracted to corrugated metal and fence grating, both of which are featured in this photo. Maybe it was the rhythmic repetition that struck a chord. When he gave up photography, he devoted much of his time to yoga and meditation.

Born in 1932 in Santiago, Chile, Sergio Larrain was one of five children in an upper-class family. His father, also named Sergio, was a successful architect and university professor, with whom the younger man had a fraught relationship. One thing they shared was a refined aesthetic taste: the father designed in the International Style of Le Corbusier, and he sold a Matisse and a Picasso to raise funds for his growing collection of pre-Columbian art.

But the son increasingly rejected his family’s bourgeois life. Uprooting himself to Berkeley, where he studied forestry at the University of California, he purchased a Leica camera, “not because I wanted to do photos, but because it was the most beautiful object I could buy.” Notwithstanding that disclaimer, upon returning to Santiago (without having earned a degree), he resolved to take up photography. The death of his younger brother in a riding accident, however, unmoored the entire family. They traveled together to Europe and the Middle East for a year to recover.

In Florence, Larrain encountered the pictures of Giuseppe Cavalli, an unjustly overlooked photographer for whom he felt a profound affinity. Cavalli was a poet of solitude and unblinking scrutiny. His still lifes call to mind those of Giorgio Morandi, whose contemplative paintings of ordinary objects in muted colors share a sensibility with the evenly lit compositions of Cavalli. The stillness Larrain responded to in the older Italian photographer characterizes his image of the two girls in the Pasaje Bavestrello and much of his work.

Back in Chile following the European tour, Larrain spent a year in a rural commune, practicing meditation, giving away his possessions, but also — inspired by Cavalli — reviving his ambition to become a photographer. Returning once more to Santiago, he further separated himself from his family by hanging out with homeless children. He empathized, and more than that, identified with them. He took many photos. His pictures attracted the attention of Henri Cartier-Bresson, whose own photographs of children include many classics.

At Cartier-Bresson’s invitation, Larrain in 1959 joined the Magnum cooperative of photojournalists, based in Paris. It had been his dream to be a member of this elite group. Like most of his ambitions, he found the taste bitter once achieved. In 1965, writing from Potosi, Bolivia, where he had gone on his own initiative with only a minor assignment, he informed Cartier-Bresson, “I feel that the rushing of journalism — being ready to jump on any story — all the time — destroys my love and concentration for work.”

Even more than to Cartier-Bresson, whom he loved and revered as his mentor, Larrain in his art bears a resemblance to another great photographer, Robert Frank. The year he was invited to join Magnum, Larrain was in London, where Frank had photographed seven or eight years before. (Interestingly enough, they also both took pictures in Peru; to my mind, Larrain’s are far superior.) Both men documented in London the processions of bankers, with their bowler hats and brollies; the crowds of working people, carrying coal or geese; and most of all, the fog, which powders their black-and-white prints. They sometimes composed their scenes by using windows that framed and obscured their subjects.

Larrain was unaware of the photographs of Robert Frank, which were as yet unpublished. Instead, he admired the London photographs of the British photographer Bill Brandt. Still, the gray, grainy textures of his pictures are closer to Frank’s than they are to the dark, sharp photographs of Brandt. The pictures by Larrain, recently published in the book “London. 1959,” bear such a family resemblance to Frank’s that in one instance — a photograph of commuters walking across a bridge, with a double-decker bus behind them— the images might be drawn from the same contact sheet.

Unlike Larrain, Frank could be funny (a scowling Churchillian bulldog stares out at the viewer in a crowd of men looking elsewhere)or trenchant (a workingman in the street hoists a load as a man fully equipped with bowler hat, umbrella, suit and tie strides by unseeing on the sidewalk). Frank’s pictures are very often moody, but Frank did not share Larrain’s mysticism.

It may have been detrimental to Larrain’s reputation that he photographed so brilliantly in so many styles that he didn’t present a trademark take on the world. While in London, very much in the style of Lisette Model, whose pictures of the rich and poor in Cannes and New York were exemplary, he at times focused on commanding figures who could hold the frame; and, like Model, he shot them from below, exaggerating their statuesque grandeur.

Although Frank and Cartier-Bresson also eventually gave up photojournalism, Larrain’s retreat was more absolute. He lived as a hermit in a small house in the countryside, where he pursued many possible paths to enlightenment. In addition to yoga and meditation, he underwent psychoanalysis, took psychedelic drugs, practiced painting, and followed the Arica School of Knowledge, founded in northern Chile by Oscar Ichazo. Other than his son, whom he raised on his own, he saw fewer and fewer people, up until his death in 2012.

When I try to fathom the satori that he said he was seeking — the Zen Buddhist concept of awareness that loosely translates as enlightenment — I come back again and again to the photograph of the two girls entering the light. Something he said rings true: “Good photography, or any other manifestation in man, comes from a state of grace. Grace comes when you are delivered from conventions, obligations, conveniences, competition, and you are free, like a child in his first discovery of reality. You walk around in surprise, seeing reality as if for the first time.”

Studying the photographs of Sergio Larrain, I feel the freshness of discovery, the childlike excitement of seeing something mundane and reminding myself that the commonplace, if regarded from an uncommon angle, can be marvelously strange and beautiful. Previous post Why U.S. Business Trends Suggest the Pandemic Changed Far Less Than Predicted About the Art Market (and Other Insights) 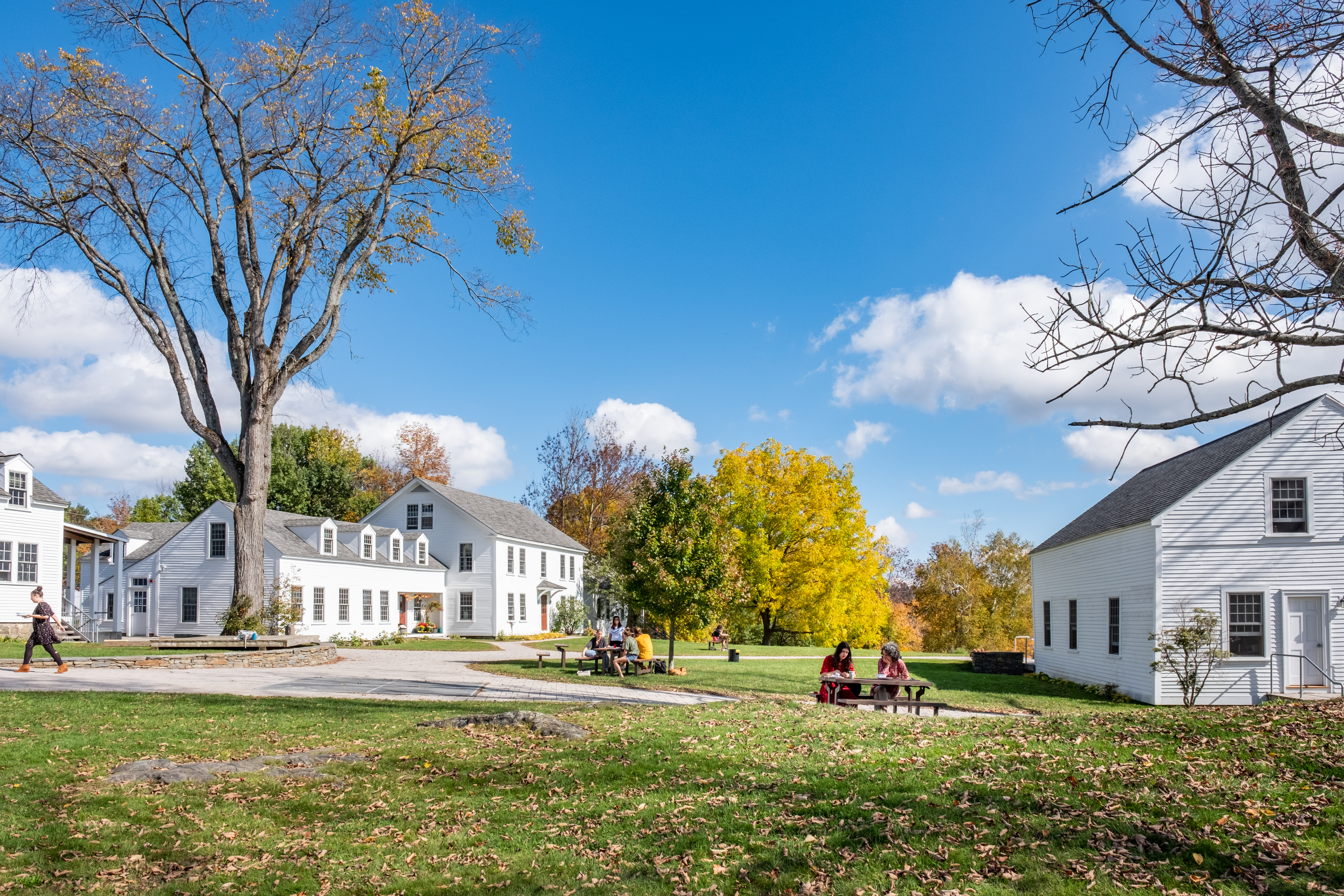