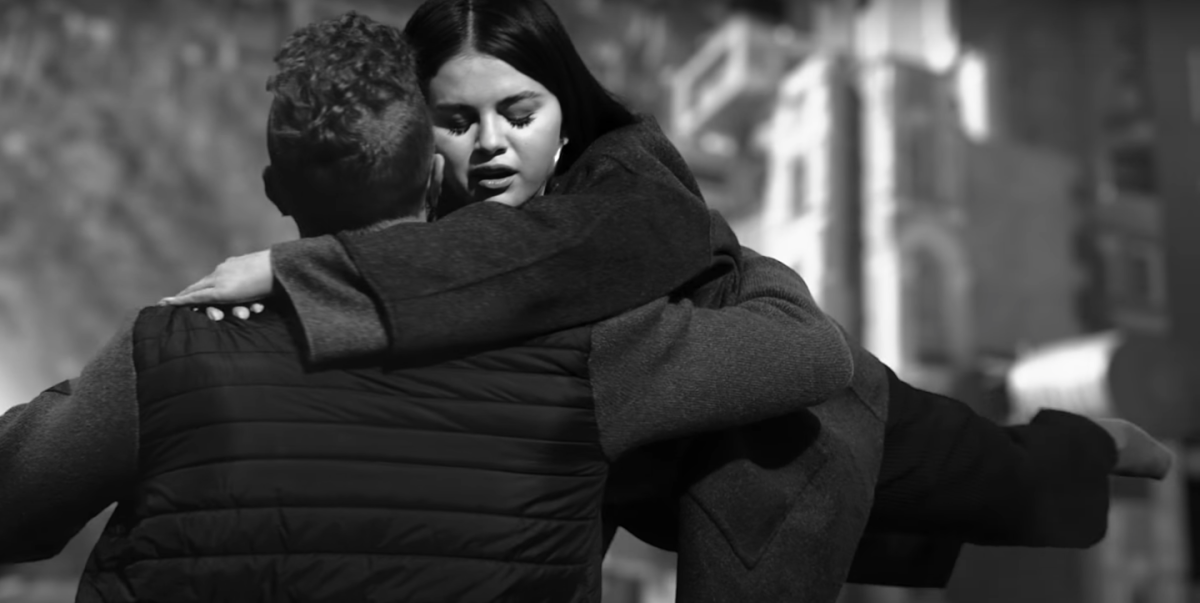 Months after they launched their duet “Let Anyone Go,” Selena Gomez and Coldplay launched a trippy, Inception-style music video for the observe this afternoon. The black-and-white video options Selena and Chris Martin reaching out for one another as town actually pulls them aside. It’s bittersweet and concurrently mesmerizing to observe, all the way down to the second they get their closing hug.

Chris spoke to Apple Music in October concerning the track and collaborating with Selena. The track is “only a actually pretty ballad. And fairly early on, we realized it wanted a feminine counterpart to the vocal,” Chris stated, per Genius.

He added, “And we have been very grateful that once we requested Selena to sing on it, she cherished the track and was blissful to take action. Collaborations usually are one thing that we’ve accomplished extra of just lately. We by no means actually used to do it earlier than. Once we have been youthful, we sort of locked ourselves in a room and felt we needed to show the whole lot ourselves. However I believe as time has gone on, it’s turn into extra attention-grabbing for us to work with different folks from totally different elements of the world, totally different genres. It simply provides colour and character to the music.”

Selena teased the music video on her personal Instagram in the present day, sharing a playful behind-the-scenes shot of her and Chris on-set collectively, sticking their tongues out on the digital camera. “Let Anyone Go video is out now!! @coldplay,” she wrote, tagging the band.

Watch the total video above.