It was four years ago that Phoenix native Jade Noble worked her first shift at Frances Boutique in Central Phoenix.

This day, though ordinary, was one she still remembers. Her dream began that day.

“I called my boyfriend that day and just said, ‘Wow, I wish this store was mine,’” Noble said.

And now it is.

On July 28, Frances owner and founder Georganne Bryant sold the store to Noble. The 33-year-old entrepreneur is also one of the owners of the Phoenix bar, Linger Longer Lounge.

“People have been asking, ‘Are you sad?’ and no, I’m not,” Bryant said. “I’m so thankful that it’s going to carry on. I’m at peace with it all. Jade is one of the hardest workers I’ve ever met and I couldn’t be happier because Frances will live on and it’s someone who is savvy in business and knows the community. It’s a win-win.”

Frances Boutique, located in Medlock Plaza at Camelback Road and Central Avenue, has been a Phoenix favorite since 2006. Voted “best boutique” by Phoenix New Times readers 15 times, the boutique is a “modern boutique with vintage charm,” according to Bryant.

The shop is simple.

Walk through and customers will find hand-selected clothing, for adults and babies, throughout the shop. A little Arizona souvenir shop sits in the back corner with unique gifts for the Arizona local or the visiting tourist.

Since its opening in 2018 Frances Boutique’s online shop has sold more than 2,500 items.

Bryant said the ownership transfer will give her time for the things she loves to do: traveling and spending time with her family.

Bryant’s husband is eight years older and ready to retire, she said, and the two wanted more time with each other and their kids. The Bryants have two adult children, Patrick, a freelance photographer in Colorado, and Aidy, an Emmy-nominated actress, best known for her roles on Saturday Night Live.

Changes coming for Aidy Bryant:‘Shrill’ is over. ‘SNL’ is TBD. Here’s what’s next

On April 5, Bryant posted a video on the Frances Instagram page announcing her decision to retire. In that video, she passed along another message, “If there is anyone who has dreamed of owning a boutique….reach out to me.”

Within days, Bryant received 40 inquiries. There were eight official offers to purchase the shop a month later.

“I was shocked,” Bryant said, “but I was thrilled.”

Noble’s was one of these offers.

‘There was no way I could do it’

Noble started working for Frances Boutique back in 2017, though the two had connected when she was in high school. She and Aidy were friends. Noble still remembers her first visit to the shop — she was a senior in high school at the time.

“There was nothing like it,” Noble said. “There was no space that had local makers at that time, so I had never seen anything like it before. It was so unique. I loved it.”

A lover of style and clothing — turquoise jewelry and patterned flowy skirts aren’t unfamiliar to her — Noble began her career in the retail industry. After working in management for Urban Outfitters for 5 years, Noble started at Frances. She also bar-tended in the evenings, and purchased Linger Longer Lounge in 2019 with her partner Manny Tripodis and friend Cal Cronin.

But Noble always stayed close to Frances Boutique. Though she ran Linger Longer Lounge full time, she frequently visited the shop. She remained friends with Bryant and Frances employees.

While at lunch with Bryant and another employee, Sandy Conte, Noble asked about the shop. Bryant had just put it up for sale. But buying the shop didn’t seem to be an option for Noble at the time, who said purchasing the building and business was out of reach financially.

“There was no way I could do it,” Noble said.

But after finding out Bryant was selling the business separate from the building itself, the idea clicked that she could afford to buy the shop.

“We sat there and the store was already for sale and Georganne was stressed about it,” Conte said. “The three of us had a random lunch where we laughed and relaxed and then Jade said, ‘send me the information, maybe I’ll buy Frances.’ And we all left and it was like wow, ‘this could be the turning point,’ and then it was. Total kismet.’”

How Frances will live on

Bryant has been friends with Stinkweeds Record Store owner Kimber Lanning since Frances’s opening in 2006. Stinkweeds sits right next to Frances, and the two business owners are close friends.In years past, the two have supported each other in local events hosted in their shared parking lot.

When Lanning found out that Bryant was selling the shop, she knew she needed to buy the building. Lanning, who opened her record shop when she was 18, is an advocate for local business.

As the founder and CEO of Local First Arizona, a non-profit that supports Phoenix small businesses, Lanning wanted to preserve local ownership of the building strip. She officially purchased the building in June.

“Smaller buildings get gobbled up and bogged down for big huge developments,” Lanning said. “That neighborhood is very local in nature and part of the reason is because of the affordability in smaller, older buildings. I wanted Frances to live on.”

‘I will live my own destiny’

Before starting Frances, Bryant was a stay-at-home mom who loved crafting jewelry for boutiques in the Phoenix area. Her mom was an artist, her dad, a businessman. She consistently found ways to bring what she learned from the two together.

After establishing her jewelry locally, Bryant drove out to Los Angeles with hopes of selling her goods there. After being stood up two days in a row, she gave birth to a new idea: Frances.

“I remember being in my car and slumped down and I took a deep breath and said, ‘I’m going to be in charge of my own destiny. I don’t need LA, I love Phoenix, and I’m never going to stand anybody up,'” Bryant said.

She and her husband, both house flippers at the time, purchased the building shortly after. Her mission was simple: She would purchase the things she loved and sell local, hand-picked goods to the Phoenix community.

The shop is named after her grandmother, Frances. When Bryant’s mom went back to college, she would spend time after school with her grandmother. Those memories stayed with Bryant.

She especially remembers her grandma’s pizazz. It wasn’t surprising to see her dressed in hot pink from head to toe — or to walk into her grandma’s kitchen and be welcomed by technicolored décor.

Conte, a longtime friend and co-worker said Bryant’s success was due to her unique style and vision.

“She was the first boutique on the block there,” Conte said. “People would come in and say, ‘well this would be perfect in Scottsdale,’ but she knew that north central Phoenix needed something unique, something special. She took a chance. And 15 years later, she’s got the greatest store in Phoenix.”

What’s next for Frances

Though Frances is under new ownership, Noble said some things won’t change.

She still plans on carrying out the local focus of the business, including curating local products for the shop and giving back to the community.

Throughout the years, Bryant has focused on supporting women. The shop has donated menstrual supplies to Go with the Flow AZ. Currently, the shop is collecting gently used bras for The Bra Recyclers, a clothing recycling company which donates the bras to women escaping domestic violence.

Noble also plans to stock the shop with more clothing. The most important thing, said Noble, is preserving the shop Phoenicians know and love.

“I feel very lucky and privileged to even get the opportunity to lead the shop,” Noble said. “It’s a beloved store in the community and I hope to keep it as special as it has been for the last 15 years.” 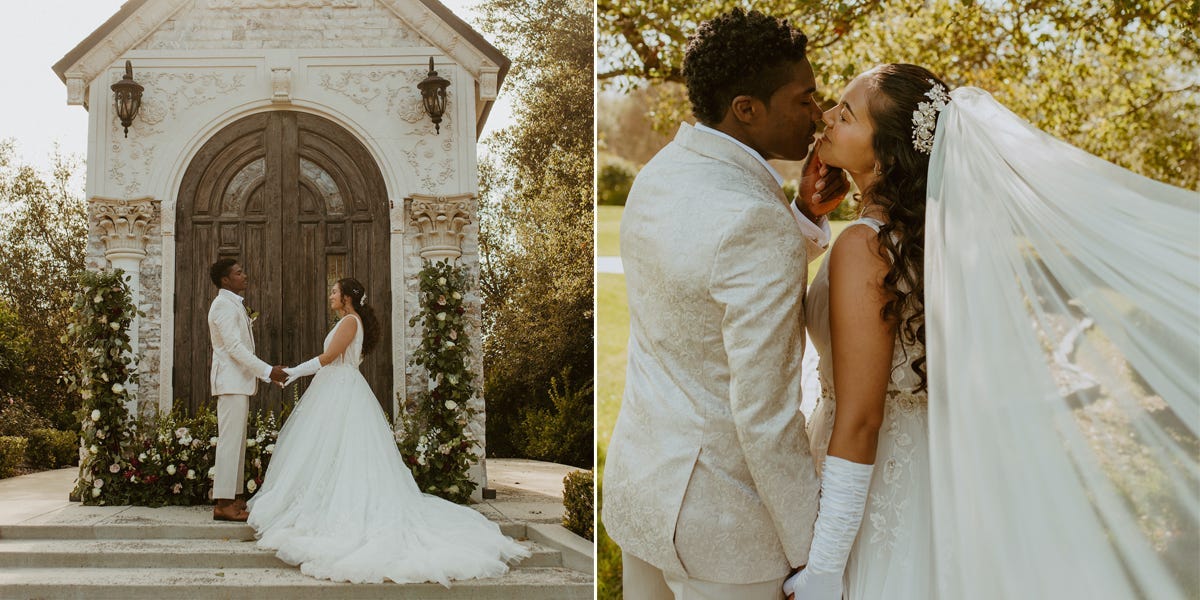 Next post A Wedding Photographer Had a ‘Bridgerton’-Inspired Photo Shoot