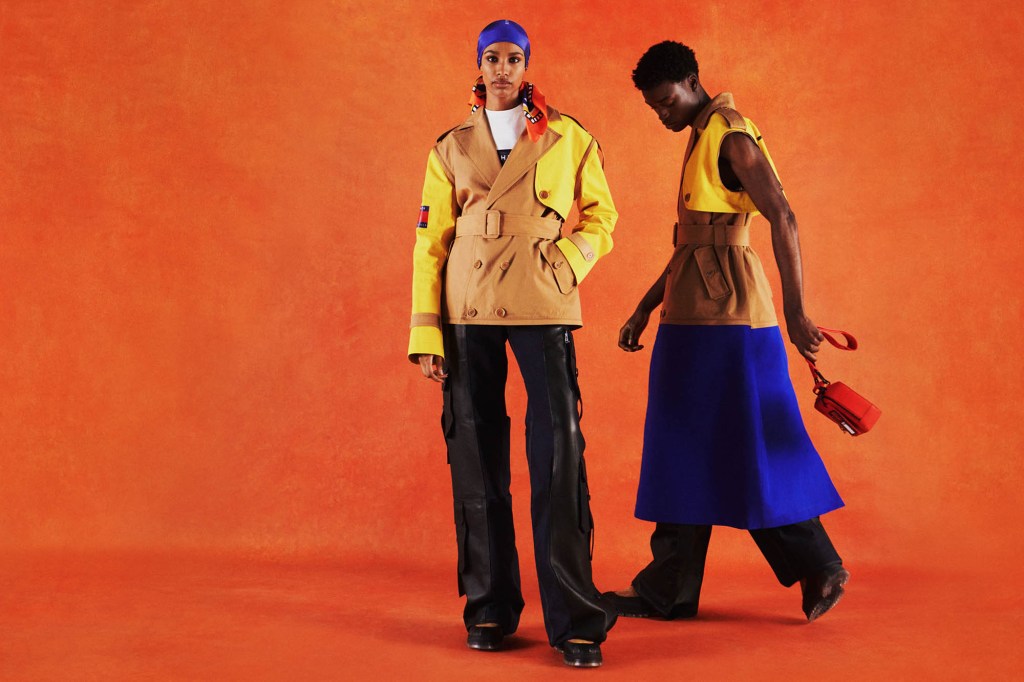 And they’d be foolish not to.

Consumers may be returning to work, going out and traveling again, but they aren’t ready to stuff their bodies into form fitting, structured clothing, according to designers and fashion insiders who talked to The Post.

The pandemic has forced the fashion industry to become more pragmatic, with top names like Tommy Hilfiger conceding that “comfort is key” and emerging designers like Renee Bishop trying to make their marks with clothing that can double as casual or going out wear.

“Comfort with stretch and softness is sporty chic and so relevant now,” Hilfiger told The Post.

It’s also what shoppers are spending money on these days. Casual wear will dominate total US apparel spending in 2021 and 2022, according to a July Coresight Research report, which points out that even the venerable suitmaker Brooks Brothers launched a sportswear and casual collection in late 2020.

“People are tired of their sweats, but they are not yet ready to go back to suits and ties,” Gary Wassner, a board member of Fashion Group International, a nonprofit that works to promote the industry, told The Post.

For example, the latest collections from some of the top designers, including Jil Sander, Loewe and JW Anderson, feature cropped, wider, pleated pants for men and women, bell bottom jeans, lower heels and less-structured bags, Wassner has observed.

“Shirts are not body-hugging and are looser-fitting, which is a much different look from the tight, skinny jeans or sweaters and small polos,” of recent fashion seasons, Wassner said.

All of these trends will be on display at New York Fashion Week, lasts from Sept. 8 to Sept. 12, and will take place in dozens of Big Apple venues across the city. The invitation-only events will be about 50 percent smaller this year with limited seating and guest lists mostly aimed at industry professionals.

American designer Frederick Anderson, whose line of women’s clothing is sold at Saks Fifth Avenue, is releasing a new collection at NYFW that is “less form-fitting” and “less glamorous in a different way” than his previous designs.

“We spent a year-and-a-half in sweatpants and running clothes,” Anderson told The Post. “I can’t imagine putting boning into a shirt now and telling a woman” to strap her breasts into something. “Women are barely wearing high heels these days,” Anderson added.

Without divulging too many details about his upcoming collection, Anderson said he has relied on more knitwear pieces — like a long, multicolored dress featured in a Saks Fifth Avenue ad — and has taken out the inner linings of some of his items “because they give clothing too much structure and rigidity” and he’s using fewer buttons with this jackets “to make them easier to throw on.”

“I’m using fabrics that move with your body,” Anderson added.

Meanwhile Renee Bishop, a model-turned-designer who is making her NYFW debut with her Deity New York line on Sept. 11, will be showing some pieces that transform into different items of clothing like a pair of pants that can be unzipped to turn into Bermuda shorts. Deity also makes a jacket that unzips to become a blouse.

“I want more utility out of pieces and people are looking for more practical clothing,” Bishop told The Post.

Bishop concedes that she has replaced her “obsession” with wool and structured clothing with knitwear, silky and stretch fabrics over the past year.

Designers are also embracing more color and even gender-bending fashions, like Hilfiger’s recent fall collection with New York designer Romeo HUNTE which is entirely “dual gender.” The collection — which is new but won’t be shown at NYFW — features brightly colored oversized shirts and shorts as well as a trench coat that can become a short jacket and a knee length, striped shirt that can be cinched at the waist.

“Garments that were traditionally female are now being shown on men,” Wassner said . “Younger shoppers are less defined in their gender thinking and are willing to step out of their normal box.”

Meanwhile, pricing — at least on the high end — doesn’t seem to be an obstacle as the luxury market has remained strong.

“I don’t see any price resistance,” Anderson tells The Post

Indeed, Wassner, who is also a lender to fashion companies through Hildun Corp., says prices have risen “by a nice percentage” over the last year or so. A pair of pants that had been $995, he said, is now selling for $1,100.

“People are spending,” he said, “and luxury is doing extraordinarily well.”