Nick Cannon on polygamy lifestyle with moms of his 7 kids 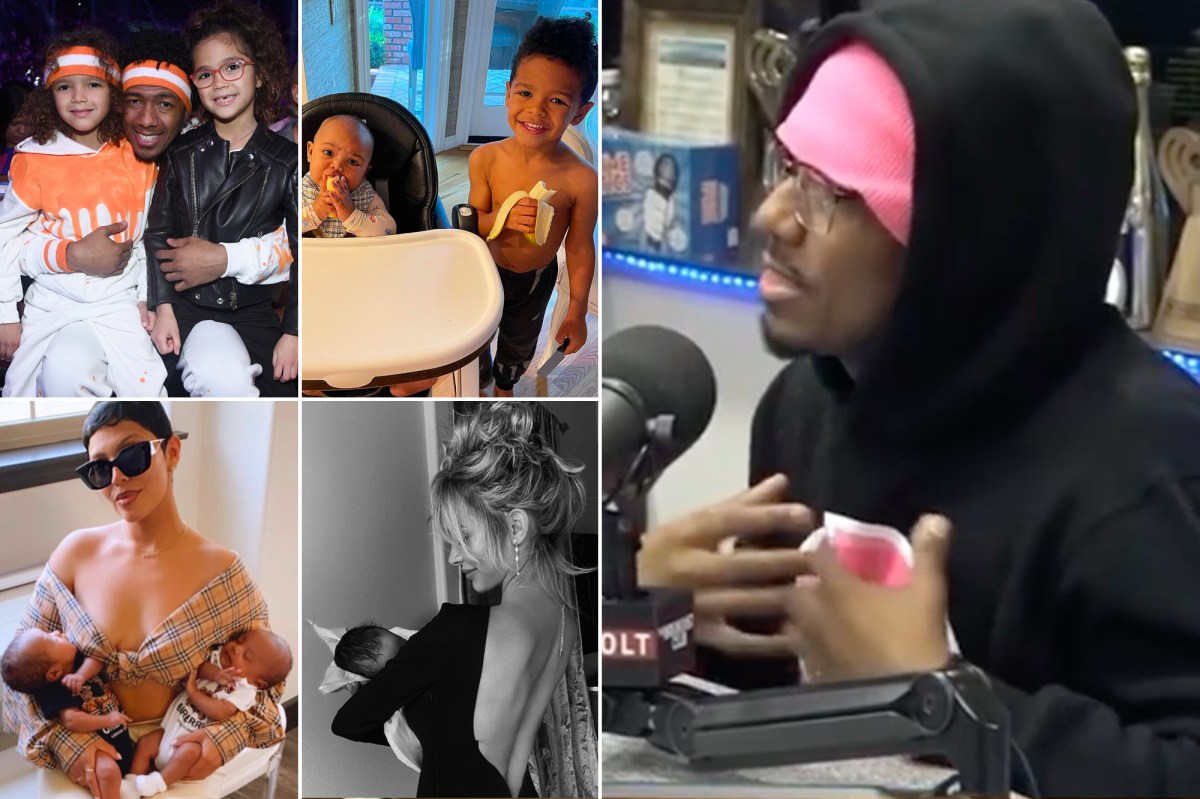 For Nick Cannon, having multiple babies with multiple girlfriends is the father of seven’s way of rebelling against the “Eurocentric” institution of marriage.

“That’s a Eurocentric concept … the idea that you’re supposed to have this one person for the rest of your life,” explained Cannon, 40, on Power 105.1’s “The Breakfast Club,” Monday.

“The idea that a man should have one woman,” “The Masked Singer” host continued. “We shouldn’t have anything. I have no ownership over this person.”

Cannon — who welcomed his seventh child, the fourth within a year’s time, in June — said that fathering so many kids is not a decision he gets to make.

“Those women, and all women, are the ones that open themselves up and say, ‘I would like to allow this man into my world and I will birth this child,’ ” the California native insisted. “It ain’t my decision. I’m just following suit.”

Then, just nine days later, on June 23, he became the father of his fifth son, Zen, with model Alyssa Scott.

And now, Cannon says his aversion to monogamy is rooted in the European history of marriage.

“If we’re really talking about how we co-exist and how we populate, it’s about what exchange can we create together,” he said.

“I understand the institution of marriage, but if we go back to what that was about … [it] was to classify property,” he added, referring to the dowery system — the practice of trading a woman into marriage in exchange for money or property that was popularized in England between the 12th and 18th centuries.

“One father gave another man his daughter for land,” Cannon said. “So when you really get to that concept it’s like, we gotta change this up.”

Thus, his parade of paramours prevails.

But it’s unclear whether the leading ladies of his love life are happy about Cannon’s staunch commitment to non-commitment.

“Every woman in my life that I deal with or [have] dealt with … they know how I feel,” he said.

“And it usually is a concept like, I’m not going around like, ‘Who am I gonna impregnate next?’ Nah,” Cannon continued.

“When you really look at how the family infrastructure is designed, the woman is the one that always leads and makes decisions,” he said.

“Everyone is like, ‘How is he convincing these women?’ … But I’m not. I’m the one in the scenario who has to follow suit on what they decide.”

Cannon, who admittedly grew up in an “unorthodox” home in which both of his parents were absent at times, said he’s extremely active in all of his children’s lives.

“People don’t understand how I do it, but my children are my priority.”