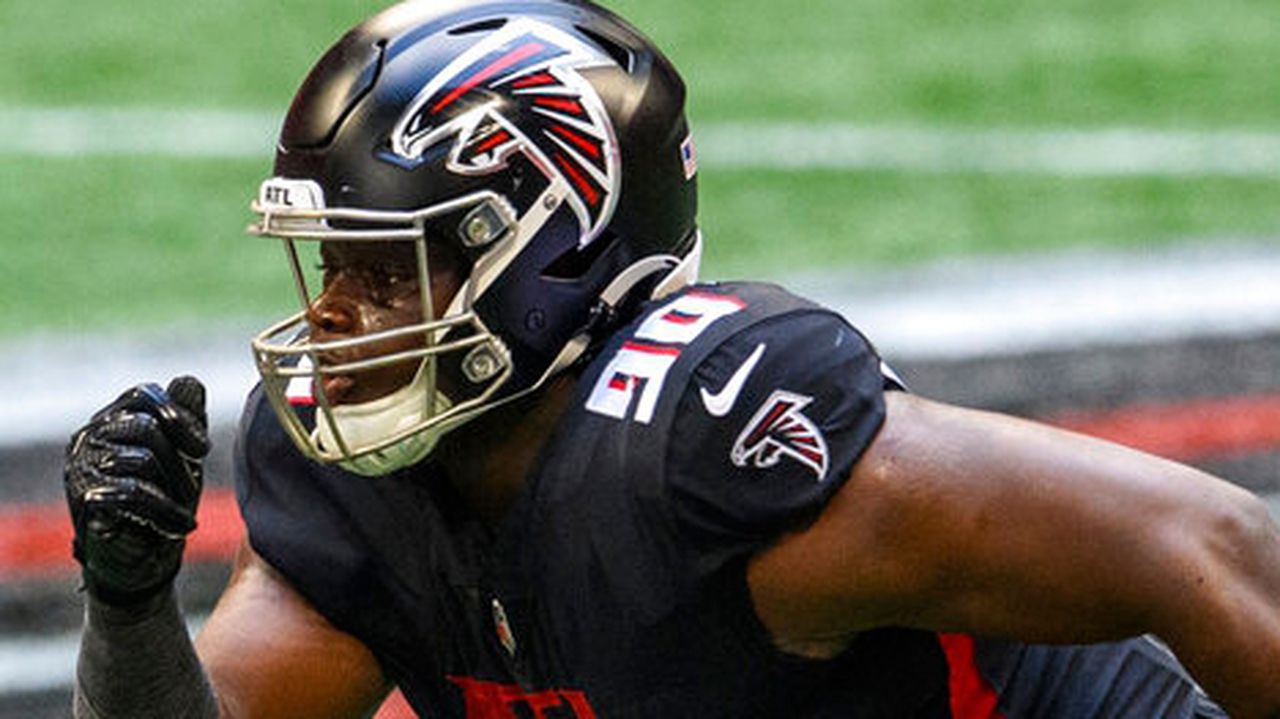 Atlanta Falcons defensive tackle Marlon Davidson started his rookie season sidelined for two games by a knee injury, had a stint on reserve/COVID-19 and dealt with a knee injury again in December. Around those disruptions, Davidson played in eight games, got on the field for 132 defensive snaps, recorded eight tackles and did not register a quarterback hit, let alone a sack in 2020.

Not exactly what the Falcons had in mind when they selected the former Auburn standout in the second round of the 2020 NFL Draft.

But Davidson doesn’t attribute the disappointment of his rookie season entirely to his extended time on the sideline.

“When I came here and all that came to me, I was like, ‘Wow. I finally made it.’ But when you make it, it makes it harder to stay here. I had to know that at this moment, you’re here, but the NFL stands for ‘Not For Long.’ You’ve got to make every opportunity count.”

In preparing for his second NFL campaign, Davidson has had a full offseason program, which he didn’t have last year. The NFL limited its teams to online-only work until training camp in 2020 because of the coronavirus pandemic.

The former Greenville High School star also is working in a new defensive scheme, with new head coach Arthur Smith bringing Dean Pees out of a one-year retirement for his 13th season as an NFL defensive coordinator.

“I went through some mental stuff getting my mind prepared, and it took a toll,” Davidson said. “But that was last year. Last year’s gone. This is 2021.

“It’s going to be a better year. That’s a promise.”

Davidson isn’t the only one who expects him to have a better showing in his second season than he had as a rookie. Atlanta’s Grady Jarrett, a Pro Bowl defensive tackle the past two seasons, told reporters on Friday to expect “a big year” from Davidson in 2021.

“He’s finally healthy,” Jarrett said. “He look quick out there in one-on-ones. Marlon, he’s a fireball on that defensive line, bringing the energy. He make it fun for us. I love playing with him. I can’t wait to see him get that full season under him because he had some rough runs with injuries and other things. But definitely excited for him and expecting a big year from Marlon.”

The Falcons begin their preseason schedule against the Tennessee Titans on Aug. 13, then play the Miami Dolphins on Aug. 21 and Cleveland Browns on Aug. 29 before kicking off the regular season against the Philadelphia Eagles on Sept. 12.

· Mac Jones: It’s not ‘sunshine and rainbows every day’