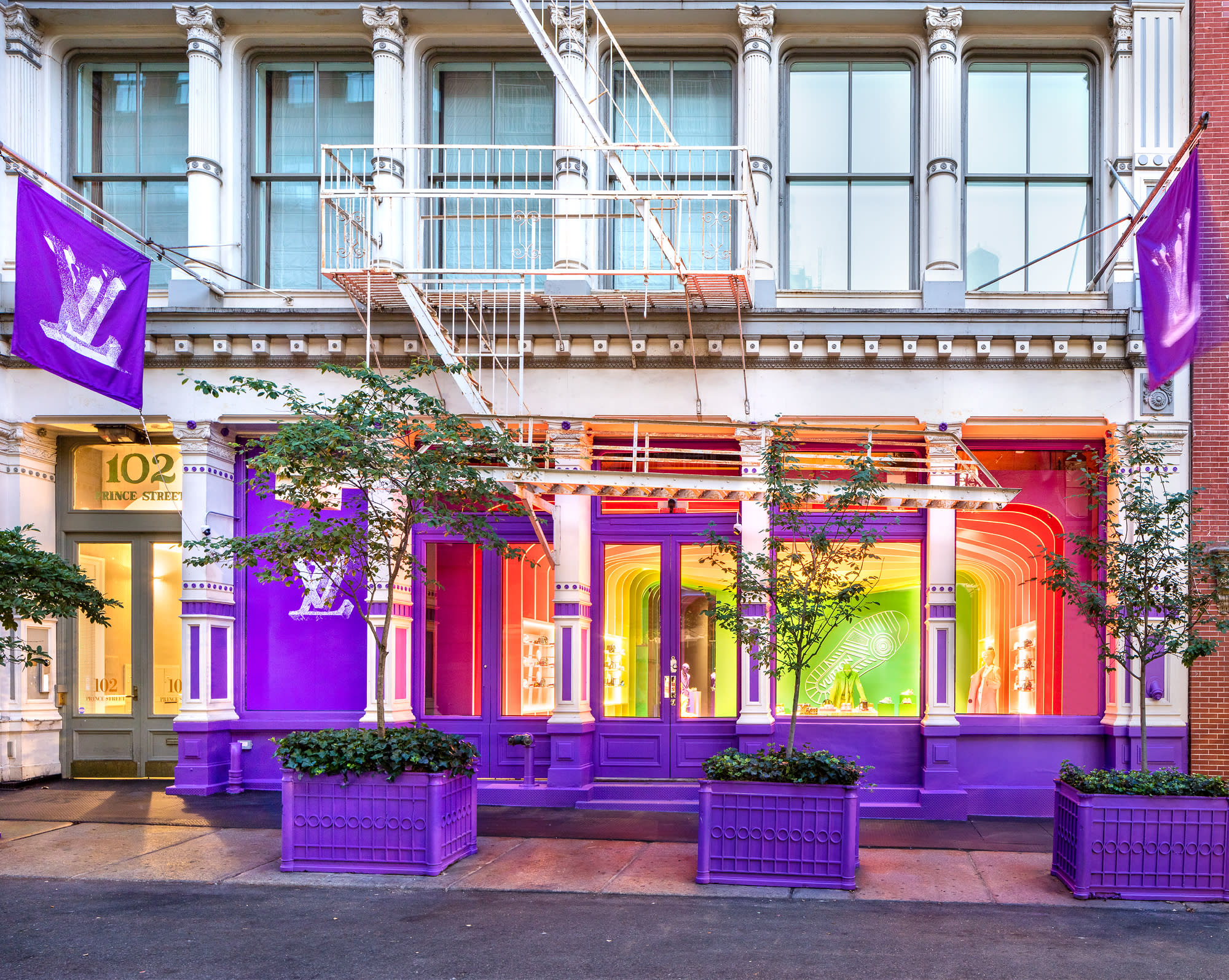 PARIS – LVMH Moët Hennessy Louis Vuitton said net profit jumped 62 percent in the first half versus the same period in 2019, and was 10 times the level recorded last year at the height of the coronavirus pandemic. The result was fueled by record sales in its key fashion and leathers goods division, led by Louis Vuitton and Dior.

The luxury conglomerate, which owns 75 brands ranging from Dom Pérignon Champagne to Bulgari jewelry, reported that group sales rose 89 percent to 14.7 billion euros in the three months to June 30, following a 32 percent jump in the first quarter.

In organic terms, sales were up 84 percent, beating the Bloomberg consensus forecast for a 72 percent increase. This compared with an increase of 30 percent in the first quarter, and a drop of 38 percent during the same period last year, when the effects of COVID-19 reached their peak.

Compared with 2019, group sales were up 14 percent in like-for-like terms during the quarter, the company reported on Monday after the close of the Paris Stock Exchange.

The key fashion and leather goods division posted sales of 7.13 billion euros in the three-month period, up 40 percent versus the same quarter in 2019, reflecting the resilience of star brands Louis Vuitton – which is expected to account for more than half of LVMH’s total profits in 2021 – and Dior.

While the results should logically boost shares in LVMH, which ended the day down 0.1 percent at 673.40 euros, some analysts cautioned that stock prices could respond in unpredictable ways even for companies that beat estimates, given high valuations and uncertainty over prospects for the second half.

“In terms of valuation, there is no denying that the stock is expensive when looking at its historic valuation multiples and relative to the broad market (both near a 20-year high,)” Edouard Aubin, equity analyst at Morgan Stanley, said in a research note published on June 8.

“That being said, in a zero rate environment, the stock’s valuation should be compared to other high quality global consumer growth names. Versus peers in cosmetics or sporting goods, we believe LVMH shares continue to offer some upside potential,” added Aubin, who has a price target of 695 euros on the stock.

The results are also likely to fuel expectations of more acquisitions by the French luxury behemoth.

Erwan Rambourg, global head of consumer and retail research at HSBC, noted LVMH was highly active on the M&A front, despite chief financial officer Jean-Jacques Guiony’s statement in April that the group was focusing on integrating Tiffany & Co. after completing the $15.8 billion purchase of the U.S. jeweler in January.

In the interim, LVMH has increased its stake in Tod’s Group to 10 percent; taken full control of Emilio Pucci; acquired a minority stake in Phoebe Philo’s new independent, namesake house, and raised its stake in Virgil Abloh’s luxury streetwear label Off-White to 60 percent.

The deal with Abloh also gives the designer leeway to launch brands and seal partnerships across the full range of the luxury conglomerate’s activities.

“While LVMH has communicated that, after Tiffany, the group would have other fish to fry besides M&A, we think the size of the pan could entice it to look at other assets,” Rambourg said in a report on July 21.

“The group’s firepower…and its role in defining and disrupting luxury, suggest that things may not calm down in the short term. This is a seller’s market and multiples are high. From a buyer’s perspective, a crisis can create a gap relative to the competition, and money remains cheap. No one needs luxury: it is about delighting and surprising consumers. For M&A, we think accordingly and expect the unexpected,” he added.

The LVMH results come on the heels of figures from Compagnie Financière Richemont showing sales rose 22 percent at constant exchange rates in the three months to June 30 versus the same period in 2019, driven by the strong performance of its jewelry maisons, led by Cartier and Van Cleef & Arpels.

Kering is scheduled to publish its second-quarter results on Tuesday, with Hermès International to follow on Friday.

Marco Gobbetti on the Velocity of Luxury, and Building Up Burberry