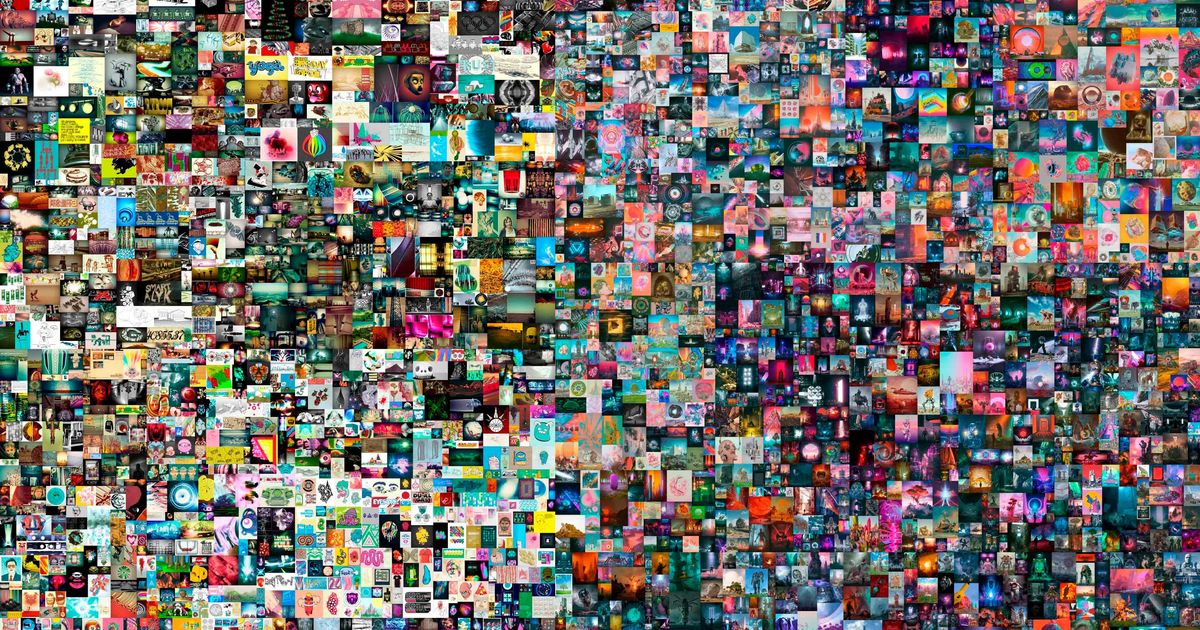 There have been plenty of thefts in which genuine works were swapped with fakes. In 2014, Matisse’s Odalisque in Red Trousers was recovered, after an FBI sting operation, and returned to the Caracas Museum of Contemporary Art in Venezuela, from which it had been stolen. But it took two years for anyone to notice the theft in the first place. The real Matisse had been taken back in 2000, but the thieves had swapped a very good forgery in its place.

Rather than a swap, we recently witnessed a case in which the illusion of creating another artwork could have resulted in the value of the original being lowered by tens of millions of dollars. The example I’m referring involved a hack of the artist Beeple, whose claim to fame is having created and minted an NFT, Everydays—The First 5000 Days, which was sold at Christie’s for $69m, making it one of the most expensive works of art in history. The value of this piece—as with all art, digital or otherwise—is in a combination of its perceived rarity plus its perceived demand plus its perceived authenticity. Because there is only one original Everydays—The First 5000 Days (the actual file is huge, so the images of it seen online are thumbnail derivatives for promotion only) it has value.

But if they were two, then suddenly the value would be significantly less—tens of millions of dollars less. While Beeple was the one hacked, it was MetaKovan, the buyer of the original, who was almost “robbed”, not of the NFT itself but of its perceived value. The hacker who pulled this trick calls himself Monsieur Personne (French for Mister Nobody) and said that his goal was not one of malice, but merely to point out the silliness of the NFT craze. He did so by “sleepminting,” or registering a new NFT as if it were the creation of another artist. It was as if Beeple woke one morning to see a forgery of his own work sitting on an easel in his studio. The “thief” (if we can even call him that) came up with the term “sleepminting” and launched a website, NFTheft. It was all a publicity stunt but one can see how money could be earned falsely. And if the truth had not been outed so swiftly, MetaKovan and his $69m masterpiece might have been robbed of most of its value.


We are entering what experts call a mega cycle of NFTs. Non-Fungible Tokens are like cryptocurrency (Bitcoin and the like) but cannot be directly cashed out. Instead they are a way of linking a file (a jpeg, an mp3) to blockchain to demonstrate its authenticity and rarity. They may seem like just the latest overhyped trend, but to me, they are just the latest incarnation of using technology to create art.

In the 1980s, when video art was introduced, many thought that it was a silly trend that would never last. How, they wondered, can you give value to something that can be copied from VHS to VHS? The answer was that there was one or more originals (a unique “mother” VHS of the video artwork or a limited series endorsed by the artist). The system worked and endured. Going back still further, some wondered, circa 1500, how prints by master artists like Albrecht Dürer could have value if they were produced in a mechanical printing press and existed in extensive series. But they retained value and still do because of their rarity, demand and authenticity.

NFTs look set to last not only for this reason, but because they have a number of advantages that will help them endure. One is the ability for artists to release their work directly. That has not quite happened yet, at the moment you still need a platform. But basically, the platform is a way to announce to the world that you have a new product, as is the case with Open Sea, which seems to be the most popular for proper artists. It functions much like an online art gallery, but with fees far lower than the 50{ccba7a2b95b607a22ddf747fd2dfd32aff224073631da9265f095c812cbfd265} art galleries usually take.

There is also the immediacy of delivery and absence of significant costs for transport and handling and insurance. The downside of this is that the only way to look at your art or display it is in virtual online galleries, like those in Decentraland, a website comprised of a virtual world where virtual versions of users can explore virtual collectibles that they bought with virtual currency.

But one can imagine that it is just a matter of time before technology catches up and makes enjoying your NFTs as easy as it is to collect them. Crypto wallets will likely have art gallery features in the future, and there will be the ability to loan your unique digital image to galleries and screens the world over—MetaKovan has talked about loaning his Beeple NFT, for instance, as well as building a museum for it.

Yet, for every brilliant technological innovation, there is someone with too much brains, and a bit too much time on their hands, who will come up with a way to defeat it. This was made evident by Monsieur Personne whose quite ingenious action was merely a way to show that the emperor has no clothes. The “sleepminting” hack was sufficiently skillful that it seemed that this new NFT had indeed come from Beeple himself. This was quickly set right and there was no harm done. It may even be considered an artistic action in the form of illegal activity, along the lines of Ulay’s Irritation: There’s a Criminal Touch to Art.

In the end, the NFTheft, as Monsieur Personne calls it, actually publicised NFTs more than undermined them, and perhaps even underscored their relevance, because if something is worth stealing, then it is worthy of attention. But it does show that even foolproof technology sets a bar that some people will try to get past.

NFTs do not spell the end of IRL art, they are simply a new chapter. Artists are now racing to create their own NFTs, as most of what exists now is mediocre and uninteresting, from an art perspective. And yet people are throwing money at it. Banksy has created them. Damien Hirst has announced that he will, too. Others follow suit. The European conceptual artist, JAŠA is planning to release what will be the first durational performance artwork as an NFT.

Patrons can also print and frame the NFT images, thereby making an IRL artwork out of a digital one—the opposite of what we’re used to, in taking a digital photo of a physically existing artwork. Then the 16 fragments available, once sold, will form together, like Voltron, into a new NFT, which will likewise be available for purchase. The possibilities are endless. 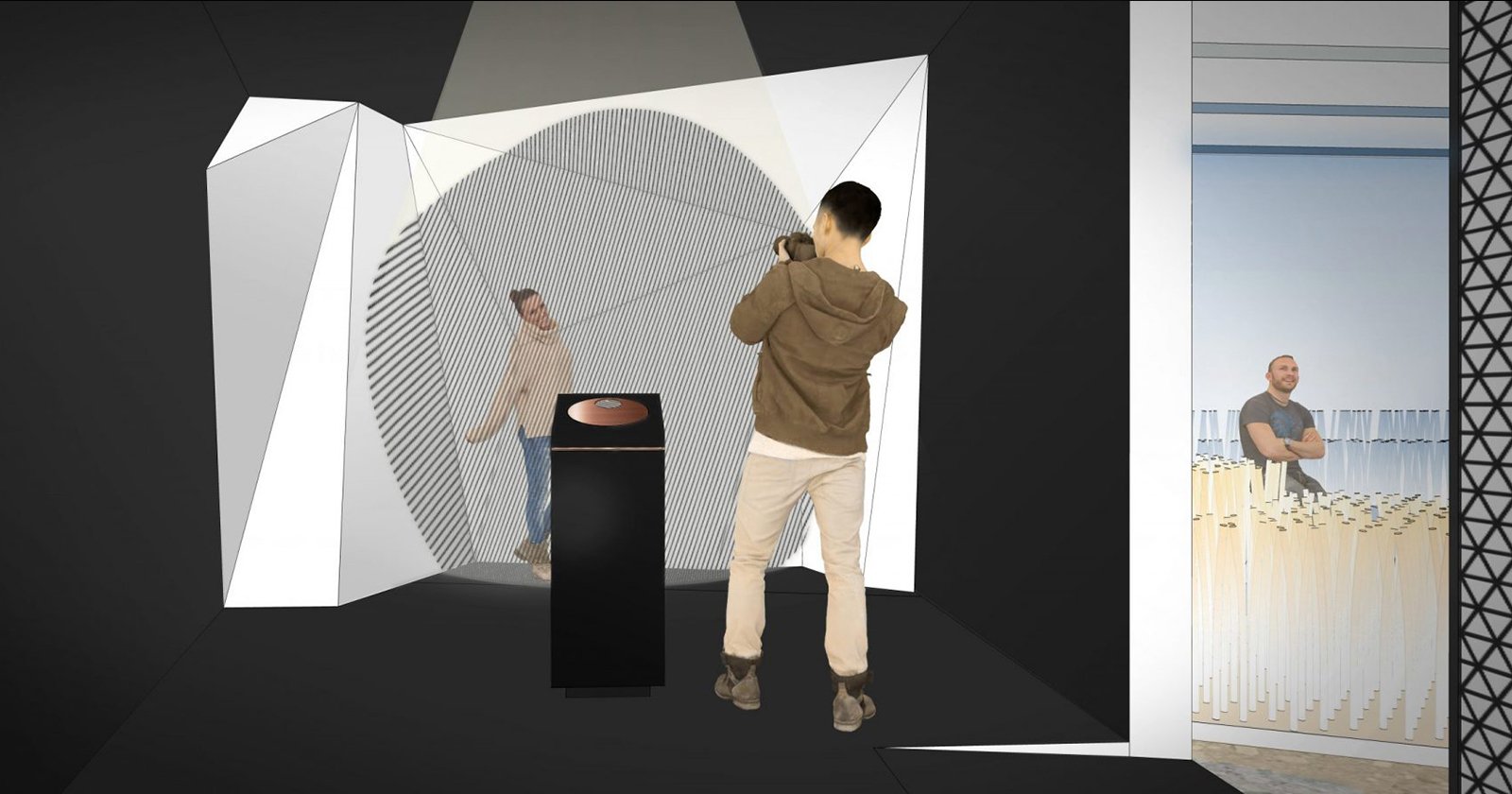