Live Music Is Back, But You Might Still Have To Wait On That Arena Show : NPR 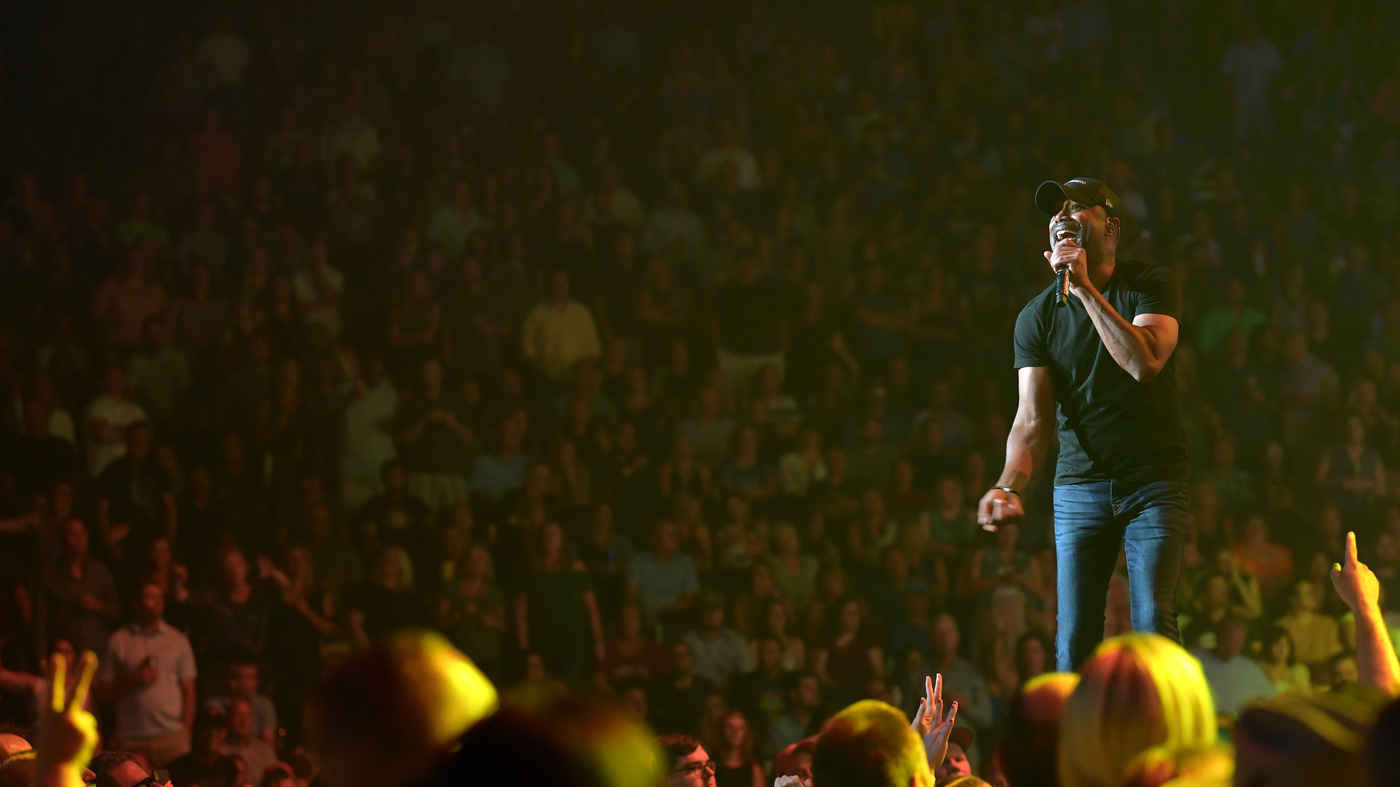 Darius Rucker of Hootie And The Blowfish performs at Bridgestone Arena in 2019. Some acts looking to tour arenas like this are looking as far ahead as 2024.

Darius Rucker of Hootie And The Blowfish performs at Bridgestone Arena in 2019. Some acts looking to tour arenas like this are looking as far ahead as 2024.

The big re-opening of live music is truly upon us. Summer music festival season is nearly here. Artists are announcing tour dates. And fans are buying tickets! Or, in some cases, they’re finally getting the chance to use tickets they bought a couple years ago. But it might be a while before your favorite arena-level act can set out on tour.

“We’re in an interesting place that none of us have been before,” said Gary Gersh in an interview with NPR. He’s the president of global touring at AEG Presents, the massive live entertainment company behind such big acts as Elton John, Justin Bieber, The Weeknd and more. Gersh said that AEG acts are booking far out: past 2022, into 2023.

“Everyone, I think, was more cautious at the beginning of the year,” said Gersh. But now, some acts that pushed their bookings far into the future out of precaution have tried to move back into 2021. “And it’s complicated because there’s traffic everywhere,” Gersh explained.

AEG rival Live Nation is stuck in the same traffic jam – so many acts trying to play as soon as possible, but only so many rooms and weekends to play. “We have an incredible supply right now looking to go on tour,” Live Nation CEO Michael Rapino said on a recent episode of the Vox podcast Recode Media.

“So you have a lot of these artists that are already looking and saying, I want to go out next fall, maybe next summer, but I know these four bands are going to go also looks a little crowded. We’ll go out and fall or we’ll go out in summer of [2022] or the fall of [2023]. So I think it’s going to naturally spread over … into [2024].”

Translated: If you’re a country music star and you see that Kane Brown has an arena tour coming up, and then you see that Garth Brooks is selling out his tour to record numbers, and Dierks Bentley’s also got his thing going, maybe it makes sense to wait a bit to announce your own tour.

There’s also the lingering question of the coronavirus pandemic. Different states, sometimes adjacent, are in different stages of re-opening, which makes it hard to plan an efficient, well routed tour. And if you do plan a tour, but then a state goes back into lockdown, “you can throw the entire tour off,” said Gersh.

Still, acts are eager to play, hoping things shake out. Starr Butler is the vice president of booking and events at Fiserv Forum in Milwaukee, Wis. Butler says as soon as the arena started opening up to 25 and 50 percent capacity, she started getting calls. “We do have some days that have four to five holds,” said Butler. She suspects that by the end of the month, she’ll be scheduling events for 2025.

Both AEG Presents and Live Nation have said that the majority of people who had tickets to shows that were postponed or cancelled due to COVID-19 chose to keep them. And if you’ve already held on this long, why not wait a little longer? At least, that was the reaction My Chemical Romance fans had when the band’s long awaited, already delayed comeback tour in was postponed a second time, to 2022.

“If we had done it later, a lot of the real estate would’ve been gone,” said Matt Galle, a senior agent at Paradigm Talent Agency, which in addition to My Chemical Romance works with artists such as Shawn Mendes, Janet Jackson, and Jojo Siwa. Galle said that arenas are much more likely to work with you regarding their sports scheduling and holds from other live acts if “you’re working further out.” For MCR, it helped that they re-booked so far in advance.