‘I knew I had to change my lifestyle’ 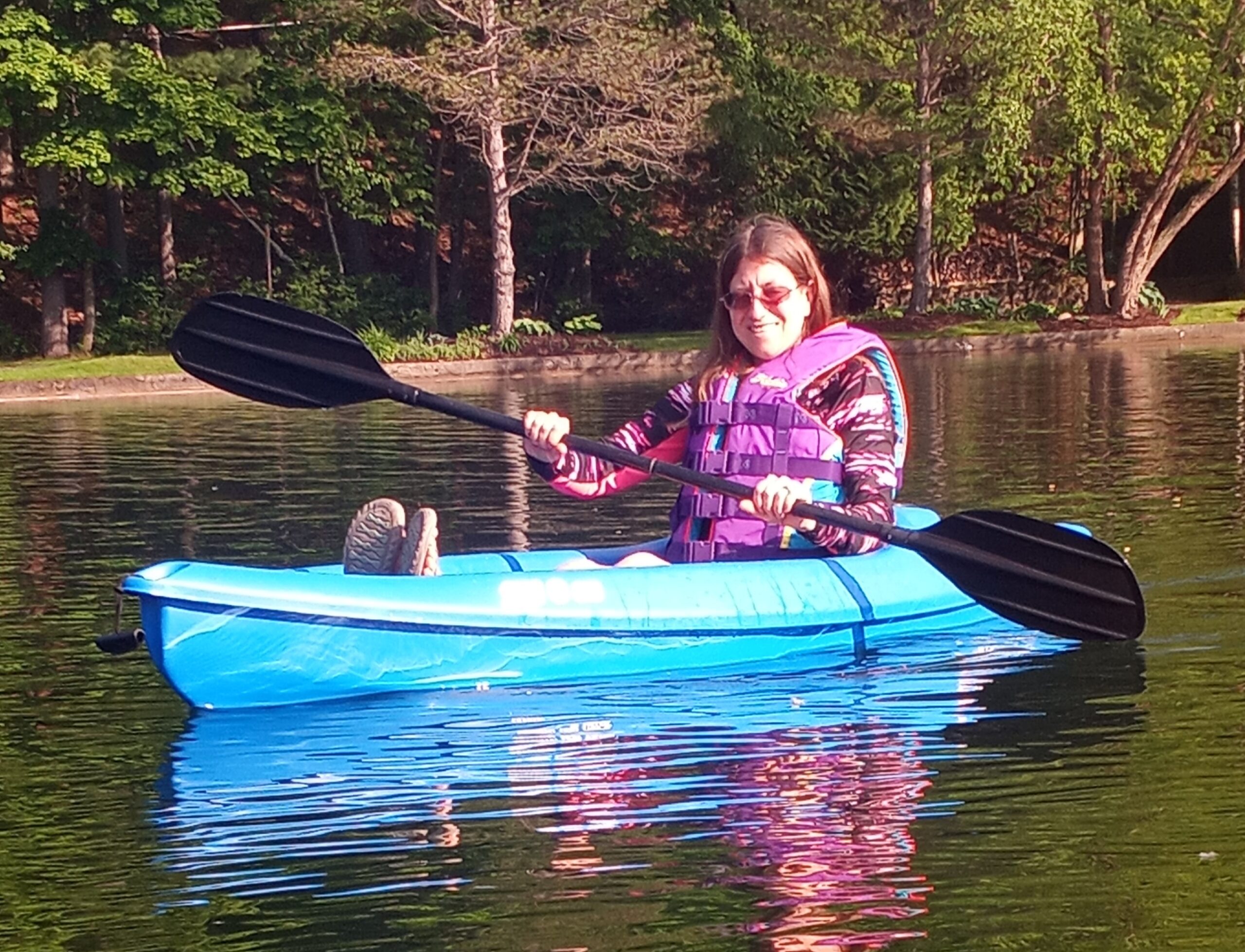 Susan Benoit, 50, of Sheridan, enjoys kayaking among other activities to stay fit and healthy. She often paddles Baldwin Lake both alone and with her family. Submitted photos

Susan Benoit has always been active. The 50-year-old mother of two delivers meals for the Montcalm County Commission on Aging and is always on the move.

Just watching or listening about her regular activities can make most tired but nothing seems to slow her down. She admits that she loves all kinds of food and having grown up in metropolitan Montreal, variety was not in short supply. In the last few months, she felt fine but blood pressure checks at dentist appointments proved to be alarming.

She had a nagging feeling she knew why her numbers were skewed. Despite maintaining a healthy weight and taking frequent walks, Benoit thought of her father who was diagnosed with Type 2 diabetes at age 70. 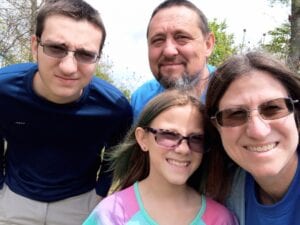 Although Benoit’s family has not switched to a plant-based diet, they are willing to try the vegan dishes she prepares. She is pictured with her family. From left are her son, Matthew, husband Eugene Kroesing, daughter Riley, and Benoit.

After having her blood pressure checked several times and the numbers remaining high, Benoit followed her suspicions and had her blood sugar checked. Those too were elevated.

“Well, I have known it was coming for years but I didn’t want to deal with it, especially since I have always felt healthy and been very active,” Benoit said. “Diabetes runs in my family and I had gestational diabetes when I was pregnant with my second child at age 39. With actually being told I have Type 2 diabetes and that my blood sugars were very high, I knew that I had to change my lifestyle if I didn’t want to be on diabetic medication for the rest of my life.”

Already being active, Benoit knew she had to adjust her food intake. Based on her father’s successful transition, she decided to go on a plant-based diet. As the main preparer of meals for the family, it has changed the family-meal dynamic somewhat.

Her husband, Eugene Kroesing was concerned he would have to forego meat and ice cream. Her children, Matthew, who is 16 and Riley, who is 10 both are willing to at least try the vegan dishes she prepares for herself.

“He (Eugene) tried most of my vegan meals unless they are made with tofu,” Benoit said. “And he encourages me to fo walks so I will leave him alone.”

Despite making jokes about food, she is encouraged by her family to pursue the means to improve her health. She makes sure to be active for at least 30 minutes every day and this often includes walking her dogs by her home or walking the circumference of Baldwin Lake while waiting for her son to finish work. She also enjoys kayaking both alone and with her friends and family.

She has already seen improvement in her numbers and added that her physician is pleased with her progress just one month after changing her diet. Benoit is motivated to make the lifestyle changes permanent to prevent having to stay on and add medication to her daily regimen.

Benoit added that the transition to plant-based eating hasn’t been as difficult for her as it might be for others because she has always had a broad palate. Many of the recipes where she would have traditionally used ground beef, she substitutes with lentils. That doesn’t mean that there aren’t foods she misses.

Although she has always felt relatively healthy, Benoit did remark that since making the shift to plant-based eating, she has even more energy. The end goal is to keep moving forward until she can be off her medication and then she will feel “truly healthy.”