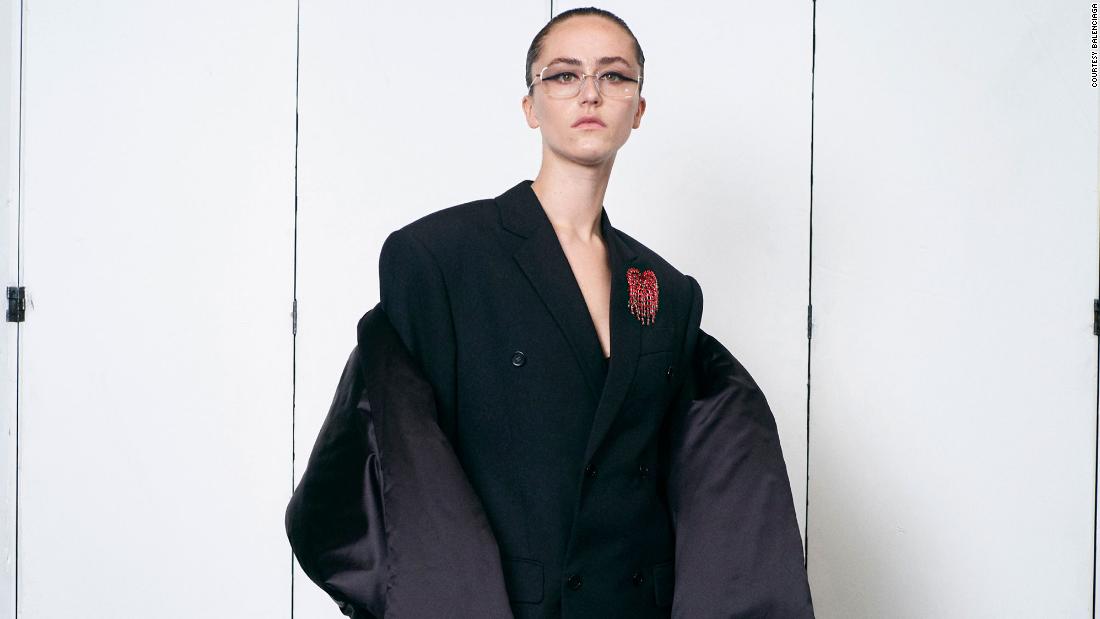 The latest run of couture shows in Paris signaled a return to relative normal, as the balance between digital and in-person events tipped in favor of the latter, and more international guests returned to the city this week to soak up the atmosphere.

The 40-year-old Georgian designer, who has been designing ready-to-wear clothing for Balenciaga for six years, unveiled an expansive collection of 63 looks. Rarely do jeans and T-shirts make an appearance on couture runways, but the show presented a distinctly modern take on high fashion, mixing casual garments with formal gowns and Demna’s (he prefers to go by his first name only) signature supersize outerwear.

At the same show, newly signed model Ella Emhoff (step daughter to US Vice President Kamala Harris) made her own debut, walking at Paris Fashion Week for the first time. Kanye was rumored to be in the audience, mysteriously disguised by a balaclava, and other high-profile guests included Bella Hadid, Lewis Hamilton and Anna Wintour.

Meanwhile, France’s enfant terrible, Jean Paul Gaultier, handed the creative reins to Sacai designer Chitose Abe, who dug deep into the iconic brand’s archive to present her own take on Gaultier. Her collection marks the first in an ongoing series of guest designers set to work with the house after Gaultier announced his retirement in January 2020.

Skydiving and couture both “relinquish the thrill of leaving aside everything that holds one to the ground,” said Iris Van Herpen in the collection show notes. Credit: Alexandre Aimard

American label Pyer Moss was scheduled to close out the shows on Thursday with a historical first. The brand’s founder and creative head, Kerby Jean Raymond, is the first Black American designer to be invited to show on the Paris haute couture official schedule.

Sadly, the weather in Irvington, New York, where the show was set to take place, had other plans. Just as guests began to arrive at the venue, the former residence of Black entrepreneur Madam C.J. Walker, a storm blew in forcing plans to be rescheduled for Saturday.

Click through the gallery above for all the highlights and watch the livestreamed Pyer Moss show below on Saturday at 4 pm ET.