Everything that’s been killing classical music over the past 700 years, in one… 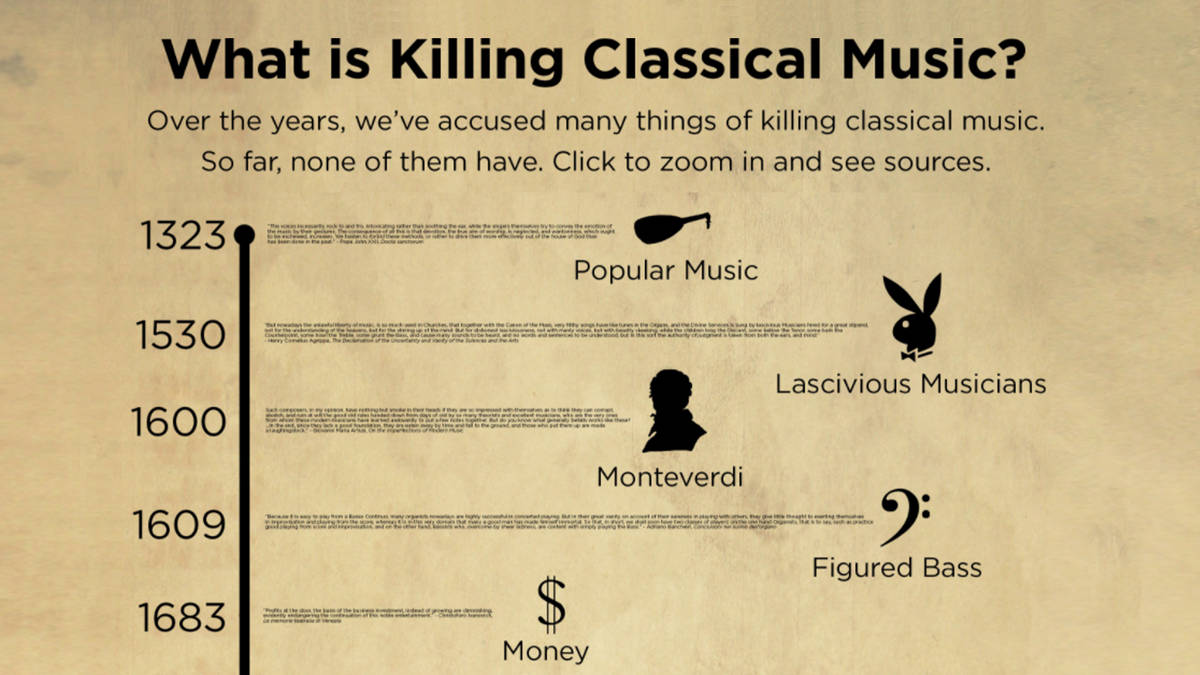 What’s killing classical music? Here’s a list of all the things that were supposed to finish it off, going back centuries. So far, all have failed.

Over the centuries many events, social movements and technological advancements have been suggested as things that will finish off classical music.

Everything from the conductor and musicians, to changes in styles of composition, financial matters and musical inventions, have been seen by some as an existential threat to the genre of music we love.

And there might be more of it than you think. We’ll have to head back to the early 14th century for the first thing that was supposed to end the tradition for good.

The graphic was created by Proper Discord and was featured in The New Yorker. A number of music historians and writers advised on the list of events, and their historical context. Take a look below.

The graphic dates from 2014, with the latest threat to classical music cited as an ageing audience. Seven years later, this is undoubtedly still a major factor in the health of our genre, particularly when it comes to patronage and attendance in concert halls.

However, it’s interesting to reflect on whether social media has had a role in mitigating this in the years since. In recent years, a new generation of young classical musicians have found a new, vast, and highly engaged audience on TikTok, YouTube and Instagram.

Newly signed to Sony Classical, young violinist Esther Abrami is reaching millions on TikTok. Through their YouTube antics and genius in musical communication, TwoSet Violin now boast well over 3 million subscribers. And on Classic FM’s own social media channels, over 2.5 million of our followers are aged under 35.