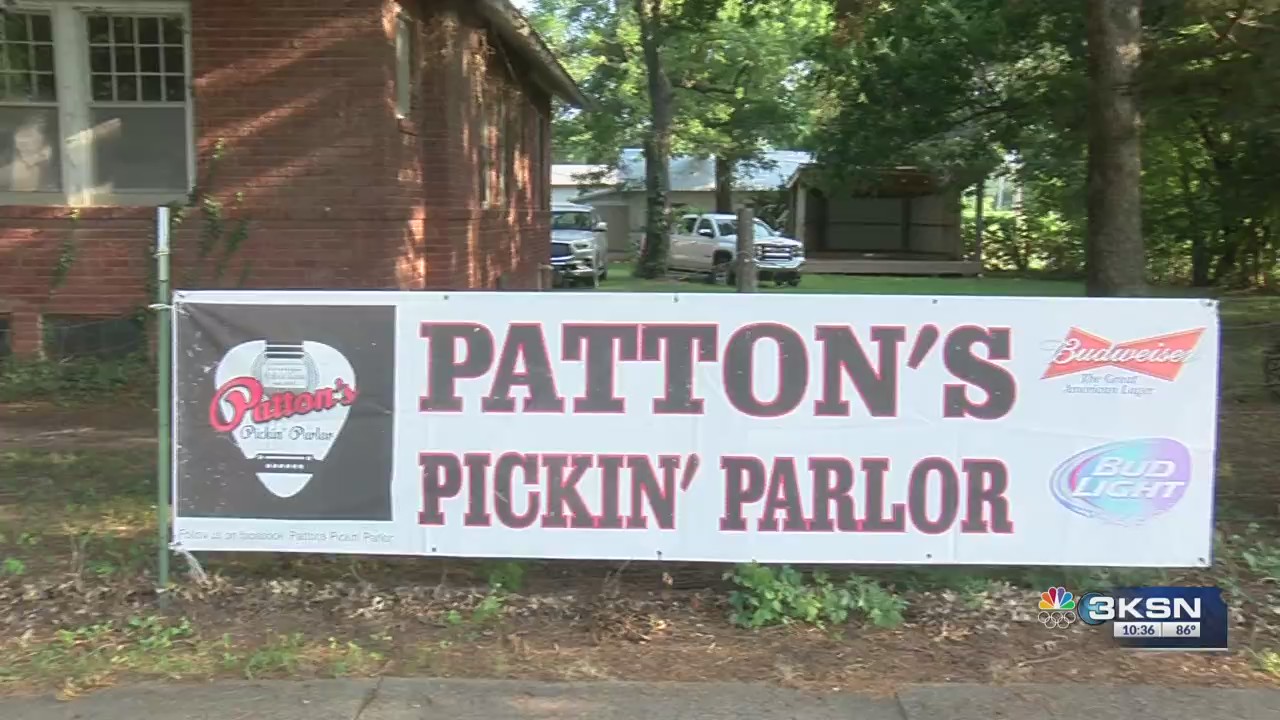 WINFIELD, Kan. (KSNW) — A GoFundMe has been started for a popular music venue in Winfield after multiple burglaries in the past week.

Patton’s Pickin’ Parlor (PPP) in the last six years has become a mainstay for Winfield before their annual Walnut Valley Festival in September. Not an official part of the festival, the parlor hires local bluegrass bands and provides a free experience for music lovers.

“It’s more personable,” says Dovie McCaslin, a supporter and occasional bartender for the venue. “It’s a yard that you can walk around and make 50 friends in an hour.”

While the concerts are free, all PPP asks for is guests to tip the band on stage.

“Our objective is to make it free and enjoyable for guests of all ages,” said co-owner, Rene Patton. “As we’ve grown we’ve had to actually turn bands away because they love this venue.”

But, after thousands of dollars in microphones and sound equipment were stolen recently, the Patton’s were nearly done with putting on free concerts for fans.

Rene’s husband and co-owner, Barry Patton explained, “[After the second burglary this week]I said we’re done with it. We’ve done it for five years, this is not the right place.”

But, the people of Winfield weren’t letting that happen.

Rene said, “When you get the feedback from the community of please don’t go away we love coming to the parlor, it’s one of the highlights, we had no idea. It was just something we were doing and hoped people enjoyed it.”

Barry added, “Just like my wife said, we’re not going to let them steal the music and it will go on. I can’t thank everyone enough.”

Patton’s Pickin’ Parlor is going to open this year on September 10-12. The Walnut Valley Bluegrass Festival then kicks off on September 14 with a downtown music crawl.