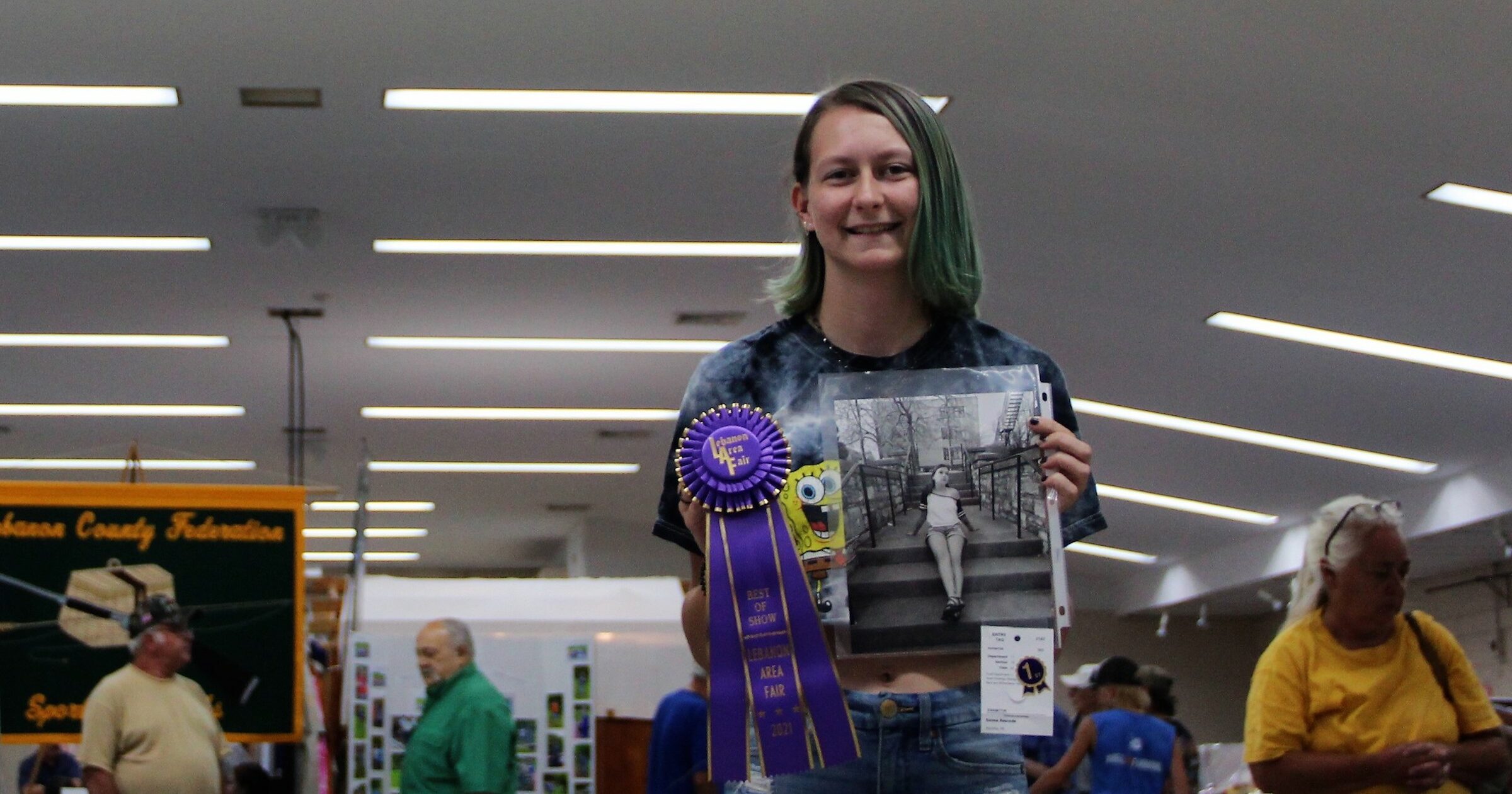 Photography is creative and technical, possessing the power to speak to someone without saying a word.

Now, are you not sure what capturing moments in space and time has to do with promoting local agriculture? Perhaps, it’s the appeal of both the Lebanon Area Fair and photography that has forged a common bond.

But make no mistake about the fact that photography is one of the most popular exhibits at the fair – for both participants and patrons.

Earlier this week, the Lebanon Area Fair celebrated both the art and science of local photography when it announced the winners of its annual photography contest. But given the good-better-best nature of the competition, there really were no losers.

For more information, reference the full list of winners from the photography contest.

“There’s a difference between the person who has talent for photography and the person who has learned about photography,” said the contest’s judge, Bob Howard, a world-renowned local photographer. “Most people with that talent are born with it. A photo editor or someone who takes photos and post-edits them, those people have zero talent in capturing anything. You’re giving them something you captured. So, there is a huge difference there.

“I have come to believe that the best photographers are born with a mind’s eye that sees the world differently. They can never stop taking photos in their mind, and they’re all different.”

At this year’s fair, more than 300 images were entered in the photography contest, about half as many as were entered in 2019, prior to the pandemic. Amateur contestants were not required to be residents of Lebanon County and could enter up to four physical images of their work, taken 26 months prior to their entry.

Contestants could enter their photographs in 23 classes in the youth age division (19 and under) or the open division (older than 19). First-, second- and third-place ribbons were awarded in each of the classes, and from those, four Best of Show prizes were awarded.

“The judge is given a booklet with the rules for the competition,” said Howard. “They’re suggestions like you may want to be less critical in the youth category. My job is to look at a single image and to look at each one equally. I ask myself, ‘What was the individual trying to do when they captured it?’ As a trained juror, we are taught to visually inspect the image for 12 elements of photography.

“Basically, I’ve got 30 to 90 seconds to look at each image. In determining first, second and third places, I’m asking how they personally conveyed to the viewer what they saw, both artistically and technically.”

Fair contestants could enter their photographs in such classes as wild animals, domestic animals, still-life, structures, people, panoramas, before and after, flowers, sites of Lebanon County or digitally manipulated, just to name a few — in either color or black-and-white.

“Photography is still an art form, and Lebanon County is blessed with an abundance of talented photographers, across all ages,” said Howard. “To walk through that show, it would be hard not to be impressed. When you’re looking at the Best of Show winners, you’re looking at photographic perfection. There need to be more opportunities like the fair provides, so people can see the talent around them. There’s this talent, but no ways to show it.

“In the youth event, these are young people who may lean towards the more artistic side,” he added. “When you get into the open category, they’re doctors, lawyers and first responders. They’re professional people who love photography as an art and as a hobby. I’m guessing, from what I saw at this particular fair, the photographs came from a broad spectrum of people.”

If photography is self-expression, then the Lebanon Area Fair’s exhibit provides a release.

The photo contest was not a part of the 65-year-old fair’s original lineup of indoor exhibits, dating back some 30 years. While that speaks to the evolution of photography and its popularity in our current culture, there are few local photography competitions like the Lebanon Area Fair’s.

“Locally, the best way to compete is through the Hershey Camera Club,” he added. “They have monthly competitions. The Lebanon Camera Club has competitions twice a year. There isn’t a lot of avenues for this. There are not a lot of ways for people to show off their talent, and there never has been.”

Thirty-eight years of experience in the discipline of photography, and the business side related to it, qualifies Howard to judge photo contests like the Lebanon Area Fair’s. Yet, it is not his eye for photos or his knowledge of the process that has made him the photographer he has become, but his passion for telling stories through images.

“I started taking photos in 1976,” said Howard. “I had parents who were into capturing the history of their children. My mother did scrapbooks for all of her children growing up. I had the interest. Even in elementary school, my mother signed me up for art classes at the Lebanon Community Library.

“When I got to high school, my yearbook adviser saw my potential and encouraged me. But I never wanted to be a photographer. I wanted to learn to fly to become an astronaut. Photography was my second choice.”

Howard no longer operates the well-known Howard Photography — a business that continued the local work of his mentor Bill Uhler — on a full-time basis. These days, he serves as the minister at both Mountville United Methodist Church in north Lebanon and Hebron United Methodist Church on the east side of Lebanon, while still trying to make time to photograph the things that he finds most interesting.

“I no longer advertise for photography,” said Howard. “I have no way of doing studio stuff anymore. Between the two churches, I really don’t have the time. During the 38 years I was in business, I achieved great acclaim.

“I never got wealthy, but I never wanted to. But it paid the bills. God sort of transitioned me into the ministry full-time. But I’ve been in the ministry since I got married. So, here I am.”

Questions about this story? Suggestions for a future LebTown article? Reach our newsroom using the contact form below and we’ll do our best to get back to you.

Do you support local news?
If you believe that Lebanon County needs independent, high-quality journalism, consider joining LebTown as a member. Your support will go directly towards stories like this and you will be helping ensure that our community has a reliable news source for years to come.