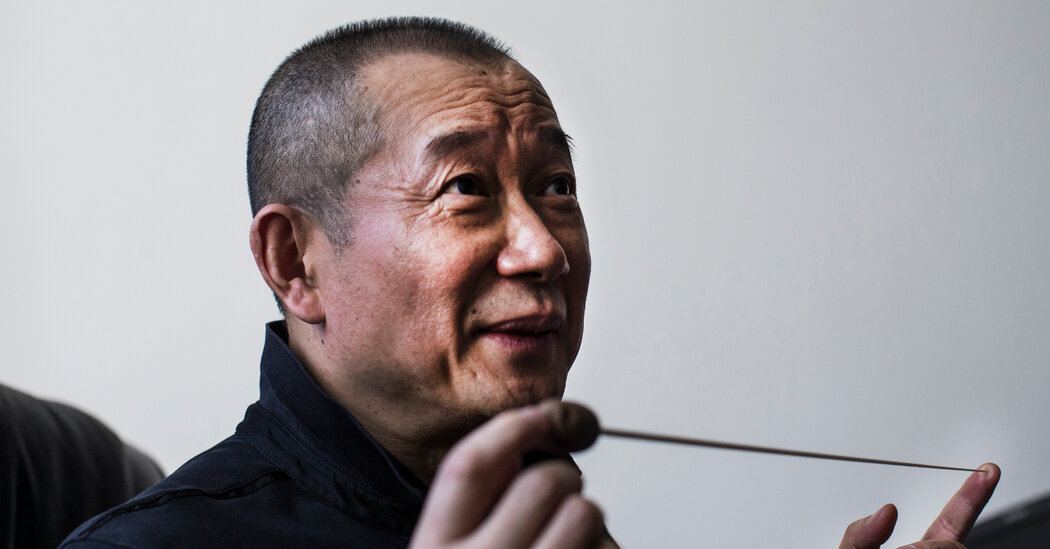 Asian composers who write in Western classical musical forms, like symphonies and operas, tend to have a few things in common. Many learned European styles from an early age, and finished their studies at conservatories there or in the United States. And many later found themselves relegated to programming ghettos like Lunar New Year concerts. (One recent study found that works by Asian composers make up only about 2 percent of American orchestral performances planned for the coming season.)

At times, the music of Asian composers has been misunderstood or exoticized; they have been subjected to simple errors such as, in the case of Huang Ruo, who was born in China, repeated misspellings of his name.

For all their shared experiences, each of these artists has a unique story. Here, five of them provide a small sampling of the lessons, struggles and triumphs of composers who were born in Asia and made a career for themselves in Western classical music. These are edited excerpts from interviews with them.

Music is my language. To me “West” and “East” are just ways of talking — or like ways of cooking. I’m a chef, and sometimes I find my recipe is like my orchestrations. It would be so boring if you asked me to cook in one style. Eastern and Western, then, have for me become a unique recipe in which one plus one equals one.

I am in a very special zone historically. I’m 63, and part of the first generation of Eastern composers after the Cultural Revolution to deal with Western forms. But it’s just like rosemary, butter and vegetables. You can cook this way, that way — and that’s why the same orchestras sound so different, from Debussy to Stravinsky to myself.

I’m lucky. When I came to the United States as a student, my teachers and classmates gave me enormous encouragement to discover myself. And I learned so much from John Cage. After this, it felt so easy to compose. And when people approach me for commissions, I re-approach them about what I’m thinking about. I remember when Kurt Masur asked me to write something for the New York Philharmonic — the Water Concerto for Water Percussion and Orchestra — I said, “Can I write something for water?” He said, “As long as you don’t flood our orchestra.”

Yes, we often are misunderstood. It’s like when you cook beautiful black bean with chili sauce and chocolate. They may say, “Hey, this is a little strange.” But you explain why, and that can be very interesting. Thank God I love to talk. And there has been progress for us. I am the first Eastern composer to be the dean of a Western conservatory, at Bard. That’s like a Chinese chef becoming the chef of an Italian restaurant. That’s the future: a different way of approaching color, boundary-less, a unity of the soul.

One thing about composers like Tan Dun: They came out of the Cultural Revolution, after a door had closed for so many years. So there was so much focus on what China was doing, a lot of curiosity — curiosity rather than active racism. Our generation — I’m 44 — is so different.

We learn Western music with such rigorous systems. And we do not close our ears to different traditions or styles; that attitude determines early on that you don’t have that kind of boundary, or ownership. But you still hear those conversation topics about “East meets West.” It’s so tiring. East has been meeting West for thousands of years; if we’re always still just meeting, that’s a problem.

I never wanted to be pigeonholed, to be a reduced representation. I wanted to always open that Pandora’s box of messiness — and I encourage others to celebrate messiness, the unclean narrative of your life. Every immigrant has her own path; your work should absolutely be reflective of that. So if I’m a spokesperson, it’s for my own voice. And through that particular voice, I hope there is something that resonates.

When I left China, it was a time of economic and cultural reform. I’m glad I came to the United States, but I do have a little bit of guilt. I probably could have done more there. At the time, my ambition was to try to learn Western music and become the best composer, pianist and conductor I could be. I was fortunate to work with many fantastic musicians and meet Leonard Bernstein, who took me under his wing for five years. Now, at 65, when someone asks me if I consider myself a Chinese or American composer, I say, in the most humble way, “100 percent both.” I feel well-versed in both cultures.

Occasionally, there has been racism and misunderstanding, but that is inevitable. Would that be different if there were more Asian people running orchestras? Maybe. My response has just been to try to produce the best music I can. I wrote an opera for San Francisco Opera — “Dream of the Red Chamber,” which they’re reviving. It’s based on a very popular Chinese story, and when I worked on it with David Henry Hwang, we asked ourselves: “Is this for a Western audience or Asian audience?” We decided first and foremost it should just be good, and it had to be touching. Good art should transcend.

Years ago, I wrote an orchestral piece, “H’un (Lacerations),” which premiered at the 92nd Street Y in New York. It is about my recollections growing up during the Cultural Revolution, and is thus sonically harsh and dramatic, with no melody. My mother was there, and she said it brought back a lot of painful memories. I was also sitting next to an old Jewish woman, and after I took a bow onstage, she leaned over and said, “If you changed the title to ‘Auschwitz,’ this would be just as appropriate.” That was the highest compliment.

The Korea of my childhood and adolescence was a very different place from what it is today. In the 1960s, it was an impoverished developing country, devastated by colonialism and by the Korean War, and until the late 1980s, there was a military dictatorship in place. In order to develop as a composer, one had to go abroad, as there didn’t exist an infrastructure for new music. Now 60, and having lived for 35 years in Europe, it remains important for me to contribute to the contemporary music scene in Asia.

When I moved to Germany, there was a tendency to put composers in certain boxes, with all the aesthetic turf wars back then. Since I was neither interested in joining any camp or fashionable avant-garde or other trends, fulfilling exotic expectations, or assumptions of how a woman should or should not compose, I had to start a career in other countries while still living in Germany. Prejudices such as viewing an Asian composer or performing musician only through “sociological” lenses are still relatively common in various countries, but times are changing. Of course, there exist prejudices and complacency in the whole world, including in Asia. Perhaps the only remedy to this apparently, and sadly, all-too-human impulse is try to retain a sense of wonder and attempt to find distance to oneself.

I have worked in different countries for decades, and have felt a need to stay curious about different musical cultures, traditions and genres. I believe in multiple identities and think that without curiosity, any musical style or culture atrophies and risks becoming a museum: Art has always thrived when there has been cross-fertilization.

At the same time, one should be wary of the danger of exoticism and superficial cultural appropriation. I think that a contemporary composer needs to study different cultures, traditions and genres, but make use of those influences in a selective, historically conscious and self-critical manner.

When people heard I came from China, they would often say, “Does your music sound like Tan Dun?” I don’t think they meant any harm, but it shows a certain ignorance. I tried to explain that China is a big country, and we all speak with our own voice.

I started as an instrumental composer, and a lot of those works got programmed at Asian-themed or Lunar New Year concerts. I didn’t notice at first, but you begin to see patterns. I don’t feel my work has any less quality than my other colleagues who are not minority composers, but for conductors, programmers and artistic directors, it doesn’t seem to come to their mind that you can naturally program an Asian composer’s work next to Beethoven or Tchaikovsky.

That’s one of the reasons I turned to opera. I thought, there must be no opera company having a themed season devoted to Asian composers. So finally, I got to be programmed next to “Fidelio” and “Madama Butterfly.” That was my revenge. Also, I’ve wanted to write on subjects that reflect Asian or Asian American topics, to really share these stories. In this case it is actually me making the choice.

Someone once told me I speak English with an accent. I said, “Otherwise, how would you know that’s me speaking?” I feel the same way as a composer. I want to have my own originality, to speak with my own accent — with my love of Western musical styles, but also this heritage I carry of Chinese culture.

Without coming to the United States, I would be a different composer. If I went to Europe instead, I would also be very different. But I feel I made the right decision, and at 44 I fully embrace who I am today, and where I am as well. Next post 2021 iPhone Photography Awards: Take a look at these stunning winning photos