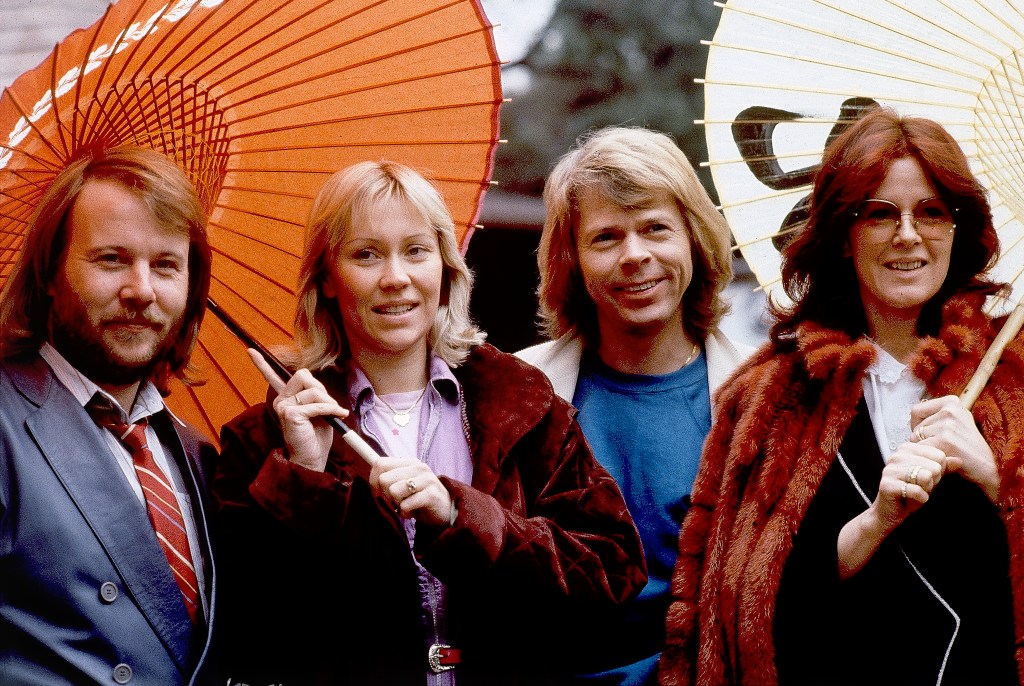 Remember those new ABBA songs and “virtual tour” that were supposedly on the way three and a half years ago? First it was two new songs, then six new songs, for a “Virtual ABBA” experience in collaboration with “American Idol” creator Simon Fuller? Well, finally something is on the way, judging by a vague social media post from the group that appeared in the wee hours of Thursday.

It seems likely that the two new songs they announced so long ago — which are called “I Still Have Faith in You” and “Don’t Shut Me Down” — may finally be on the way, along with an album? Or that long-promised virtual tour, produced by Fuller, which was apparently the cause of the long delay?

Earlier this year, the group’s Bjorn Ulvaeus confirmed the music would “definitely” come out this year. “It’s not a case any more of it might happen, it will happen,” he told the Herald Sun. Now, it appears that the group’s first new music in nearly 40 years will finally be emerging soon.

According to a report in the British paper The Sun, the show will involve “ABBA-tars” of the group, beamed onstage in a specially built London theatre, along with a documentary-style film on the band’s comeback. Speaking with the BBC in the early stages of the show’s production, Ulvaeus said the idea had been presented to the band by Fuller.

“He came to Stockholm and he presented this idea to us that we could make identical digital copies of ourselves of a certain age and that those copies could then go on tour and they could sing our songs, you know, and lip-sync. I’ve seen this project half-way through and it’s already mind-boggling.” Filming for the project reportedly took place at London’s Ealing Studios last year.

The project was first announced in 2016, and was scheduled to premiere, via digital versions of band members, on NBC and ABC at the end of 2018. However, in September the group announced the project was delayed until 2019, and then “hopefully” that autumn, and then the pandemic made projections even more vague.

While the rep did not respond to questions about the reason for the delay, the group’s Benny Andersson recently said in an interview posted on the fan site IceTheSite that legal complications had delayed the release.

“When that press release [about the TV show and recordings] came out, everything was up and running smoothly, then it didn’t run as smoothly,” he said. “We are still trying to establish the agreement that needs to be done to be able to continue. We are good. It’s the other side, everything that has to be done, everything that has to be drawn. It’s delayed. It’s not our doing.” The group’s rep did not respond to a request to confirm this account.

In a separate interview, Andersson said that the group could record a third song as well.

“We may do another one when the show [launches],” he said in an interview posted last month. “And that’s gonna take another 6-8 months. The reasons we did the new songs was to put them in the new show. Now when this show comes up these songs will be old because they [will have been released when the show launches]. So we said we need to do another one for the show.” He admitted that he had not yet spoken with singers Agnetha Faltskog and Anni-Frid Lyngstad about the songs but said he thinks they would approve.

He also spoke again of the pleasure the group felt in recording together again, saying, “We had such a good time, we really, really did, we were all back to where we ended, having fun. It was just like no time had passed, we all felt that and we were all happy about feeling that.”

In a statement last April, the group said: “The decision to go ahead with the exciting ABBA avatar tour project had an unexpected consequence. We all four felt that, after some 35 years, it could be fun to join forces again and go into the recording studio. So we did. And it was like time had stood still and that we only had been away on a short holiday. An extremely joyful experience!

“We may have come of age, but the song is new. And it feels good.”

ABBA is one of the most popular musical artists in history, having sold hundreds of millions of albums worldwide since its formation in Sweden 1972. The group’s simple-sounding but highly sophisticated songs have endured since the group, consisting of two married couples, split amid the breakup of the two couples in 1982. They set a template for pop music that has risen to prominence in recent years, exemplified by the work of countrymen Max Martin (who has worked with everyone from Britney Spears to Taylor Swift and Justin Timberlake over the past two decades) on the commercial side and Robyn on the innovative side.

While songwriters Andersson and Ulvaeus continued to work together (including a musical, “Chess,” with lyricist Tim Rice in 1984), the four members did not appear together publicly onstage again until 2016.