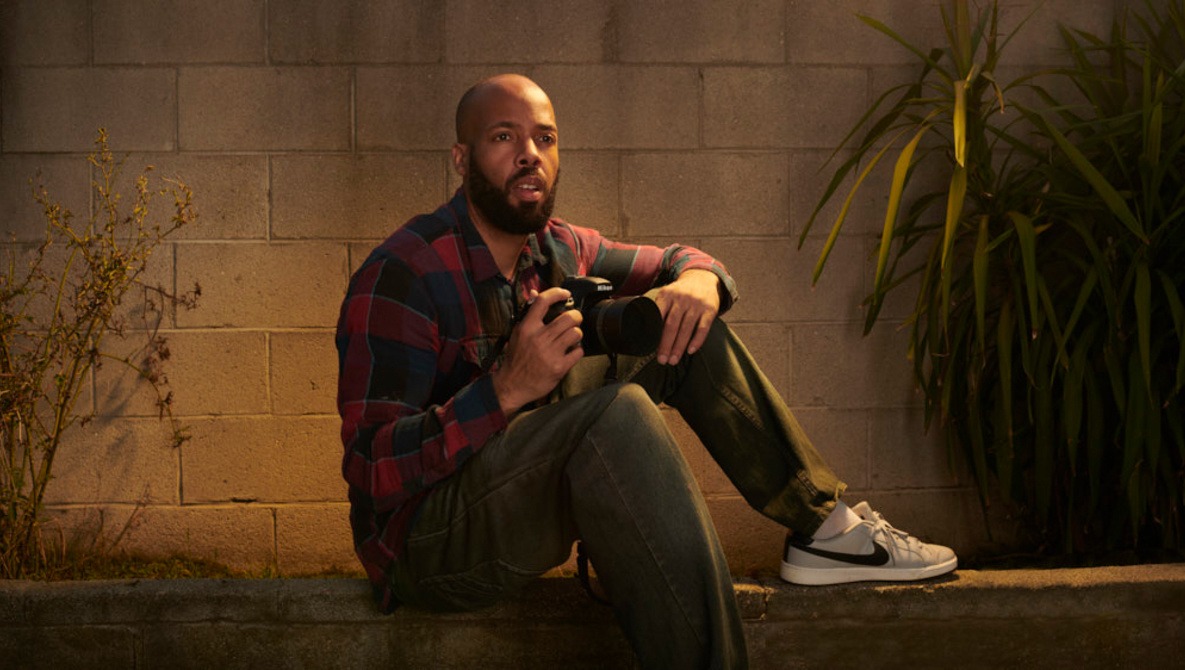 This is another brief story about the possibility of progress over the course of a photography career.

Just last week, I found myself forced to abandon my rather comfortable perch behind the camera to take a rather less unexposed position in front of it. The reason I was suddenly the star of my own show was less out of a desire to feed my own marginal celebrity and more specifically due to a commitment I somehow found myself obliged to perform.

My high school alma mater had asked me to create a message for the students about my career as a professional photographer and filmmaker as part of a profile they were doing on me, something for those students who might be considering a career in the field to look at to better understand what they would be getting themselves into. It could either be written or because I’m in a visual career, I could record it. Having just gotten in the new Aputure Nova P300C, I figured I might take the opportunity to combine this task with a little lighting practice and a chance to try out the various modes made possible by the new toy.

I also knew that I already had the light set up on a stand for another project, so it wouldn’t require a great deal of effort to simply flip it on and get going, not that I was unwilling to put in the effort. But admittedly, the amount of effort I deemed necessary for this task was being governed by its relatively low position on my to-do list. So, rather than carefully crafting a script, I instead decided to just plop myself in front of the camera, get to rambling, and see what happened.

In the end, it came out fine. Not perfect. But then again, I didn’t want it to be perfect. I wanted it to be honest. I wanted to share what I could of my story so that the students would get a real sense of what I’ve wanted to do and/or had to do so far. But the quality of the final video itself isn’t the funny part of the story that I wished to write about today. Instead, the ironic part didn’t happen until after I’d finished chopping down my ramblings into some semblance of cohesive thought.

As with any project, I backed up the work in three places: two on site, one in the cloud. When I went to back up this particular project I gave it a working name of Origin Story, as that seemed to be the most accurate description of the final result. Then, I opened up my backup drive and commenced to drag the folder across to make a copy. At this point, I got the rather peculiar message that such a folder already existed on my backup drive and did I want to overwrite it. I say “peculiar” because despite being well acquainted with my own work, I had absolutely no recollection of having shot an Origin Story project before. So, I hit cancel and went looking for the original folder.

I quickly realized that I did indeed already have a folder called Origin Story. I opened it up and found a video file in it from 2018. I clicked the file and was suddenly jolted by a rush of memory. I don’t remember exactly why I had done so at the time. But, as it turns out, three years ago, I had apparently attempted to make the exact same sort of video. What was so striking about that was not how little my stories have changed in the last three years, but rather how simply awful the video looked. And I mean it looked terrible, from lighting to composition to post-production.  Absolutely nothing was at a level that I would find acceptable today. Surely, this is why this video, for whatever reason I made it, never found its way to a permanent place on my website. But what made its shortcomings even more noticeable is that I had now inadvertently made the exact same video three years later with such superior production value that it’s hard to believe that it was created by the same hand.

Now, I want to be clear. When I say superior production value, I am not saying that it would win an Academy Award. Even within my own standards, I put very little effort into the video. As I said, it was part rambling, part light test. I hardly emptied the grip truck. So, don’t get the impression I’m patting myself on the back too much. Sir Roger Deakins still has exactly zero to worry about. But this apples-to-apples comparison did give me enough confidence to say that if I, as Christopher Malcolm today, had to compete against the Christopher Malcolm of three years ago, I’m pretty sure I could whip his butt.

More plainly put, the accidental comparison drove home the fact that I am making progress. It was a tangible reminder that hard work pays off. The improved appearance of the video in comparison to its predecessor wasn’t just by chance. It was the direct result of having put in the effort to practice, to study, and to consciously try to improve my skill set. Sure, the video itself is nothing more than a talking headpiece. And even when I really do set my mind to things, I still have more to learn and more room to grow. But, in a way, that’s the exciting part of what we get to do.

Dr. Eric Thomas has a speech where he talks about how improvement is a continual process and it can’t be rushed. As an example, he points out that you can’t be 21 years old at age 18. In other words, things are going to take as long as they need to take. Milestones are going to occur on their schedule, not yours. All you can control is the amount of work you put in to make sure that you are reaching the goals that you set out to accomplish.

So, while it’s not entirely impossible that three years from now, I will be making yet another Origin Story video having completely forgotten about both of the previous ones, the point of the journey is not so much to reach the final destination but to improve along the way. We can all improve and get better. So, whatever point you find yourself at in your creativity or your career today is but a prologue of what’s to come.

In a world where we want everything and we want it right now, that can be an easy lesson to forget. But one thing that my adventure with nearly accidentally overwriting an old file last week taught me is that practice does pay off. And while we are better today than we were yesterday, with a little hard work, there is no telling how much better we can be tomorrow.